Today's space race among countries and prominent space organizations like SpaceX, Blue Origin, and Virgin Galactic could be among the top contributor of carbon emissions to Earth's atmosphere.

Space exploration is now on the verge of success due to various enterprises that are joining the field. After decades of calming skies, Earth's low-orbit is once again full of rockets and probes for space missions. Among the big contenders of the present-day space race are Elon Musk's SpaceX and the government of China.

Hundreds of Rocket Launches to Date 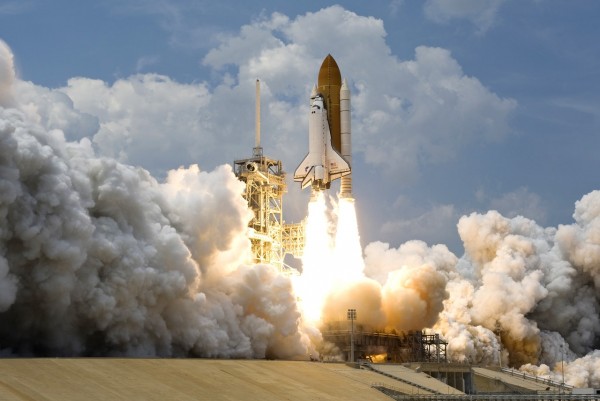 In 2018, there are over 100 orbital launches collectively contributed by various space organizations. The records are significantly higher and were the first three-digit count since the 90s. Since 1970, the total launches recorded were about 130, exceeding all annual space launches throughout history, according to CNBC.

All of the recent launches accumulated by SpaceX and China's lead do not involve the tourism programs by Richard Branson's Virgin Galactic and Jeff Bezo's Blue Origin yet. If more privately-owned or government-funded organizations add up to the space launch count, the industry will be at its peak.

NASA is expected to make a comeback soon after announcing its return to the moon. Along with the developments of the U.S. space agency, Elon Musk's private company, SpaceX, is all around the industry, providing supplies and manufacturing requirements needed for separate missions.

In addition to the collaborations, Elon Musk's space firm is working on its own massive projects, including the mega-constellation to be used for the company's internet service product.

China is also very active for the past few months. Asia's powerhouse constructed its own space station and sent the country's first crew. China was also able to land on Mars, roving the red planet side by side with other country's space agencies.

ALSO READ: Energy Efficiency in US Buildings Could Decrease Thousands of Annual Premature Deaths Due to Particulate Matter

The space industry is booming, but the totality of space explorations may have already contributed to the factors at play towards the internal conundrum of our planet.

Nottingham Trent University space physics expert Ian Whittaker said in the CNBC report that launches and satellites used in space projects and missions are essential, but the idea of space tourism stirs our thoughts about environmental impacts.

The space industry was a big topic in recent studies due to the attempts to save the environment's current standards and space missions. Among the problems the experts face is how Earth will react to the excessive advances in the field of space. Most of the research specifies the rocket emissions' ability to disrupt the atmospheric composition of Earth.

The industry's expansion, although beneficial for us, proposes a new and large environmental threat, which could possibly add to the wide climate and diversity problems we are already experiencing today.

The rockets produce blazing flame upon lift-offs, which is unfortunately considered as a fuel burn categorized as black carbon. Black carbons are emitted by carbon-based vehicles that run through the help of fuels, including gasoline and kerosene. These emissions are harmful, and if emitted over the atmosphere, could hover in the skies from four to five years.

A previous study published in the journal Advancing Earth and Space Science, titled "Radiative forcing caused by rocket engine emissions," found that the emissions from few rockets are equivalent to the CO₂ contribution of a million commercial flights.

With that said, the space industry still has the chance of avoiding a catastrophic outcome in the future by developing more sustainable missions and projects today.