The beginning of the third quarter has been presented with the most extreme temperature ever recorded throughout history. However, the scorching heat from July is not over yet, as the year 2021 was theorized to be among the top 10 hottest years to date. In addition to this prediction, fire clouds could be experienced along the remaining months of the year.

July 2021 as Hottest Month Ever 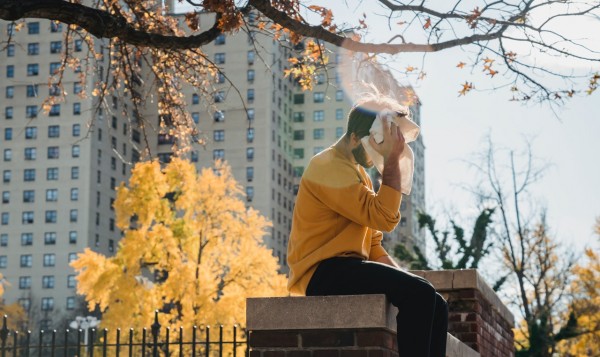 The US National Oceanic and Atmospheric Administration or NOAA recently updated their reports regarding the monthly global climate. According to the released report, experts are able to conduct a comprehensive study of the changing climate by utilizing the data from the most accurate predictions gathered all over the globe.

The findings include detailed information on how our changing climate affects global temperature and its potential threat to the future of Earth's warming climate system.

The year 2021, according to the latest NOAA report, will gain its spot at the top 10 hottest years of history. NOAA climatology expert Karin Gleason and Western Regional Climate Center expert Dan McEvoy enumerated what climate change is capable of if it continues to occur.

According to the Space report, the environmental issues linked to climate change are also experienced in the U.S., including wildfires and droughts. Gleason said that among the top 10 hottest Julys in history; nine were recorded starting 2010.

They added that July 2021 will be the latest entry to the list due to the temperature readings and catastrophic events that have happened throughout the first seven months of the year. During the months prior to July, abnormal rates of precipitation have been recorded.

The unusual drought even caused 47% of the U.S. to experience above-average temperature during summer, with some regions stuck on the extremities of heat and are far away from recovery.

Climate Change To Cause Drought and Fire Clouds on Future Summers

McEvoy emphasized that the western U.S. already experienced two consecutive droughts, with some droughts longer and devastating. The unusual drought, according to the expert, is being enabled by the excessive rise in temperature.

With drought happening for the second time in a row, negative effects should be expected, along with many high fire-related occurrences.

Wildfires have been the topic since the third quarter of 2021 began. The wildfires caused large-scale damage in some states that they were eventually captured from space.

Among the wildfires recorded this year took place in Northern California, also called the Bootleg Fire, where the uncontrollable blaze consumed over 240,000 hectares of land.

Fire clouds, also known as pyrocumulonimbus clouds, are one of the evident effects of the combined wildfires that happened in a year. Some of the areas that were heavily burned were previously reported to seemingly create their own small, toxic climate system due to the fire chemicals and thick smoke.

This caused the atmospheric casualty to hover throughout the country that resulted in dangerous poor quality of air. McEvoy said in an interview with Space that with the changing climate, these changes could be experienced constantly for the next summers to come.

He added that the temperatures will continue to rise and could potentially affect flammable resources to burn quicker and give birth to the fire clouds.