Shrimps are one of the treasures in marine diversity. These animals have spectacular features that contribute not only to the oceanic ecosystem but also to the daily lives of humans. Among the recent innovations that shrimps inspired is the systematic mechanism that can throw the fastest punch. 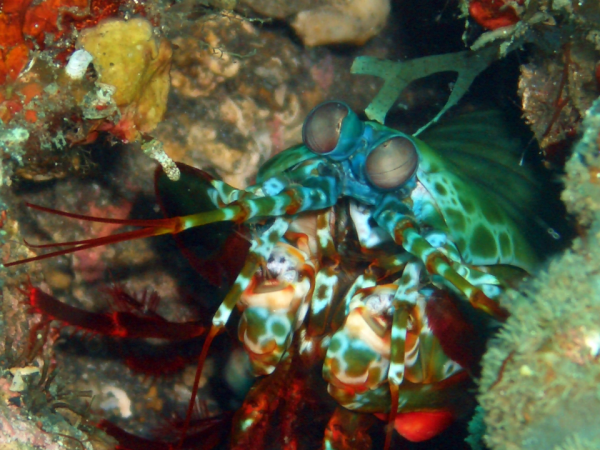 Harvard University experts replicated the ability of shrimps, specifically the mantis shrimps, to produce the fastest punch on the planet. This development, according to scientists, can contribute to technological advancements and applications.

Shrimps' ability to deliver the most lethal punch has a complex process that even humans are not capable of. To prepare for the punch, shrimps build an enormous amount of pressure on their club-shaped appendage muscles. The said muscles contain tendons that are loaded with sclerites. The mechanism of the punch is comparable to a simple machine known as the latch.

Shrimps execute the fastest punch by holding their charged appendage muscles back, then releasing the collective energy for a powerful throw. According to Ars Technica, this causes the clubs to move faster than a speeding bullet.

The punch of shrimps was observed thoroughly, and it was found that even the world's fastest punch has a minor flaw. When preparing for the throw, there was an identified delay between the release and travel time of the appendage muscles.

The mystery behind the presence of the short amount of delay was examined through the replicated mechanism of the shrimp's punch in a mini-robot that weighs 1.5 grams, developed by Harvard scientists.

Shrimp vs. Mecha-Shrimp: Analyzing the Fastest and Strongest Punch

The mantis shrimp club model does not match the speed of the actual punch thrown by the shrimps. However, it is capable of moving faster than other compared models. The mecha-shrimp launches punch at a speed of 85 feet per second.

In the examination, it was found that the robot also experiences the same delay shrimps have when releasing the sclerites. Using slow-motion imaging, researchers identified both the shrimp and the robot to exhibit the delay. The delay was determined necessary to throw the punch in a precise direction combined with full force.

Harvard University's applied science expert and author of the study Emma Steinhardt said that the delay is essential in releasing the energy and intensifying the outcome of the punch, per New Atlas.

In addition, the expert added that the latching process observed in the process shows how animals like shrimps exhibit an enormous amount of acceleration in just a short movement, which is, in this case, the punch.

The experts anticipate more outcomes based on the study regarding the mantis shrimp's punches. They also expect that the mechanism the shrimp uses can contribute to various technological applications, including robotics and other potential devices.

Harvard University's study on the shrimp punch analysis and replication was done in part with Duke University. It was published in the Proceedings of the National Academy of Sciences, titled "A Physical Model of Mantis Shrimp for Exploring the Dynamics of Ultrafast Systems."