Are you irritated with people who fidget? A recent study explains why some of us get irritated when we see other people fidget. The examination over the irritation silently experienced by many people is possible through the collaborative effort from the University of British Columbia and Ghent University. 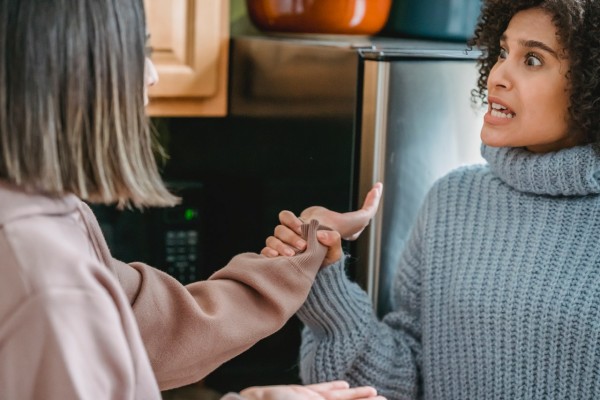 The fidget irritation experiment was conducted with the help of 4,100 participants. The experts then asked each individual the level of their sensitivity when they encounter a person who fidgets.

The experiment shows that one in every three people is indeed irritated at the sight of a person fidgeting. Also, 37.1% of the total number of participants experience this unusual and seemingly irrational hatred of movements called misokinesia.

Misokinesia is a sensitive reaction of an individual whenever seeing another person that constantly exhibits repetitive, small-scale movements. According to the experts, the psychological reaction can be problematic for some people and impact their daily lives.

Misokinesia is totally separate from misophonia, where people tend to react in response to the annoyance or disgust brought by noises that people in the immediate surroundings produce. Basically, Misokinesia is caused by actions, whereas misophonia is by sound.

Handy said that the inspiration behind the study is the instance their partner noticed a fidgeting mannerism exhibited by Handy, which the expert is not aware of. The partner confessed that they are stressed out whenever they see the expert or even other individuals do the repetitive habit.

Handy said that because of their expertise in cognitive neuroscience, the matter was taken into account. The interest became a serious topic and was examined along with 4,100 individuals assorted by age and gender to state whether they are experiencing the psychological reaction towards fidgeting.

The experiment presented to the participants includes questions like "Do you ever have strong negative feelings, thoughts or physical reactions when seeing or viewing other people's fidgeting or repetitive movements (e.g., seeing someone's foot shaking, fingers tapping, or gum chewing)?"

Handy said in a report via Daily Mail that 37.1% of the average between the group of participants showed sensitivity when presented a simple yes or no assessment regarding misokinesia. Throughout the investigation, the researchers observed how misokinesia impacted the confirmed group through social and emotional aspects.

Results showed that negative reactions, including frustration, anger, and anxiety, manifest in people whenever they are exposed to the small-scale repetitive habit of other people. In addition, they cannot experience joy in the daily activities they do, including studies, work, and socialization.

Misokinesia was also found in the research to escalate as age increases. The psychological reaction tends to intensify more in older people and the older adult community. According to the observation, misokinesia also repels people from social activities because of negative reactions.

Further studies will be conducted to understand misokinesia better. The whole coverage of the research was published in the journal Scientific Reports, titled "Misokinesia Is a Sensitivity to Seeing Others Fidget That Is Prevalent in the General Population."