A new study reveals that CURCUGREEN® (BCM-95®) turmeric extract, created by Arjuna Natural Pvt, Ltd., could help reduce the damage that Alzheimer's disease could cause on organs aside from the brain.

With the global population of senior citizens projected to double by 2050, the concern regarding Alzheimer's disease also grows, as the neurodegenerative disease is expected to hit a third of the world's population. This makes efforts for prevention and relief of critical importance.

Alzheimer's disease is responsible for about two-thirds of all dementia cases worldwide, marked by progressing deficit in memory and cognitive ability, leading to worsening mood, reduced motivation, language impediment, as well as changes in immunity and behavior. Currently, most of the focus on the disease is concerned with its effects on the brain. However, Alzheimer's is not limited only to the brain and the central organs, causing damages to peripheral organs like the lungs, liver, kidneys, spleen, brain stem, and more. These co-pathologies brought about by the neurodegenerative disease are what ultimately causes fatality with the disease. 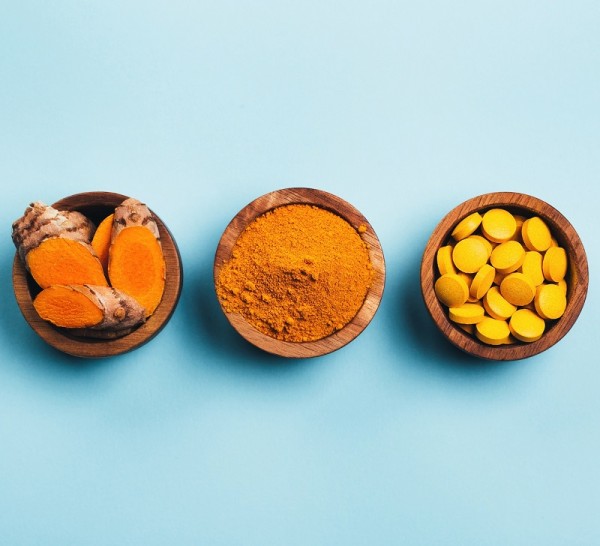 Examining the Benefits of Curcumin

The benefits of CURCUGREEN are detailed in a new study titled "Curcugreen Treatment Prevented Splenomegaly and Other Peripheral Organ Abnormalities in 3xTg and 5xFAD Mouse Models of Alzheimer's Disease," published in the Antioxidants journal. The new study is built on previous studies examining the powerful properties of curcumin as an anti-inflammatory, anti-amyloid, antioxidant agent. The most concentrated source of curcumin, as used in the study, is the turmeric rhizome (Curcuma longa).

Researchers conducted the study on a population of male and female transgenic mice, with the study conducted at the Field Neurosciences Institute at the Central Michigan University in the US. The team, which included Hayeeta Manna, Ph.D; Gary Dunbar, Ph.D; and Panchanan Maiti, Ph.D., investigated how the highly bioavailable curcuminoid formulation, CURCUGREEN (BCM-95), can help prevent adverse effects in peripheral organs of sufferers of Alzheimer's disease.

In the study, an equivalent of 100 mg/kg of CURCUGREEN (BCM-95) was administered orally to the subject mice for a period of two months. Researchers then investigated cellular changes in peripheral organs like the spleen, liver, lungs, and kidney, with the examination looking for cases of cell death, amyloid deposition, pTau levels (which are never fiber markers for Alzheimer's), anti- and pro-inflammatory markers, and overall cell death and cell survival markers.

Results from the study showed that CURCUGREEN (BCM-95) was able to reduce enlargement and degeneration of the spleen, inflammation in the kidney, lung damage, and central hepatic vein inflammation. Also, there was a marked reduction in cell death in all examined areas.

"We are encouraged by this suggestion that curcumin could help protect against secondary organ stress and cellular damage, and help against overall damage wrought by this undiscriminating disease," says Benny Antony, Ph.D., inventor of the CURCUGREEN (BCM-95) and Arjuna Joint Managing Director, in a company press release.