Turmeric is a spice common in Asian cooking, namely curry. More than the warmth and bitter taste the spice provides, it is also used as a coloring agent for mustards, butter, cheeses, and a natural dye.

Curcumin is one of the spice's natural compounds that has a bright yellow to orange color. The element has also been sold as an herbal supplement. 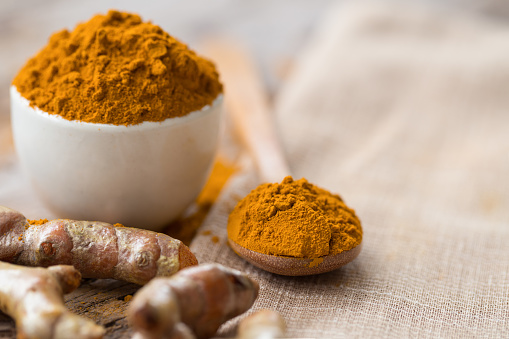 This key active ingredient is what makes turmeric highly favored in diets and various other uses. Here are three healing properties of turmeric.

The team discovered that high concentrations of curcumin can inhibit viral growth in cells. 'Curcumin has a significant inhibitory effect on TGEV adsorption step and a certain direct inactivation effect, suggesting that curcumin has great potential in the prevention of TGEV infection,' said Dr. Lilan Xie from the Wuhan Institute of Bioengineering.

The compound can also inhibit the replication of several other viruses such as dengue, hepatitis B, and Zika virus. 'There are great difficulties in the prevention and control of viral diseases, especially when there are no effective vaccines. Traditional Chinese medicine and its active ingredients are ideal screening libraries for antiviral drugs because of their advantages, such as convenient acquisition and low side effects,' explained the scientists.

When the body is exposed to free radicals, or unstable molecules reacting to the environment and other triggers, cells become damaged. As cells become increasingly damaged, it can lead to illness, disease, and cancer.

The body produces natural antioxidants when there are signals of inflammation or from external factors such as pollution and UV exposure. Regular consumption of turmeric helps the body produce antioxidant enzymes that protect the body from free radicals.

Curcumin faces free radicals in two ways. First, the compound can directly block them while stimulating the body to increase antioxidant defenses at the same time.

When the immune system recognizes a harmful intruder such as bacteria or a virus, one of the possible responses is inflammation. However, prolonged and chronic inflammation is dangerous to the health as it attacks the body's own tissues.

Chronic, low-level inflammation is associated with a number of diseases such as heart disease, cancer, metabolic syndromes, and central nervous system diseases. Curcumin proves to be a strong anti-inflammatory.

'Curcumin, a substance in turmeric, may help reduce inflammation in the body, so it's been sold widely as a supplement,' Dietitian Hrista Khols from UnityPoint Health explains. 'It's also been touted as an antioxidant. Turmeric has also been applied to the skin for pain or swelling, and the essential oil can be used in perfume.'