Researchers found that even after more than ten years since the Deepwater Horizon oil spill in 2010, its effects continue to plague the marine life that lives in the region, particularly oysters that developed debilitating tissue abnormalities called metaplasia.

Scientists from the California Academy of Sciences teamed with other scientists to show the significant rates of metaplasia on those in the oil spill region compared to unaffected parts of the Gulf of Mexico. 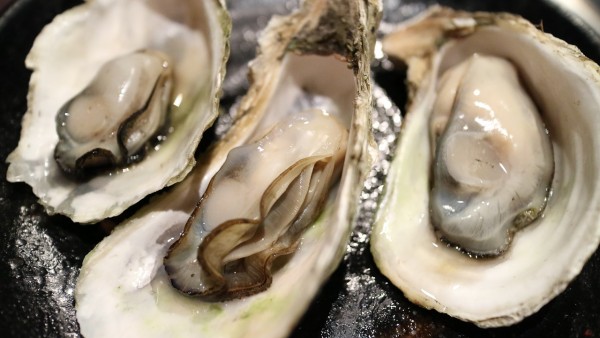 Deepwater Horizon oil rig was located and operated off-shore in the Macondo oil prospect in the Mississippi Canyon. Unfortunately, a surge of natural gas blasted through the concrete core of the oil rig that released millions of gallons of crude oil into the gulf.

The oil spill affected the environment, especially the marine life, that even after over a decade, it is still suffering from its effects. According to National Geographic, marine species like deep-sea corals, common loons, and spotted sea trout are still struggling. On the other hand, scientists said that it might still be earlier to tell how it affected species, such as dolphins, whales, and sea turtles who live longer.

ALSO READ: Oil Spills: Here's Everything You Need To Know

The study, "Metaplasia of Respiratory and Digestive Tissues in the Eastern Oyster Crassostrea virginica Associated With the Deepwater Horizon Oil Spill," published in PLOS One, documented for the first time the effects of the Deepwater Horizon oil spill in 2010. It shows that wild adult oysters living in coastal waters in the northern Gulf of Mexico exhibited metaplasia.

Daily Mail reported that researchers analyzed a total of 38 specimens from the Gulf of Mexico from 2010, 2011, and 2013. In all of those specimens, 60% have metaplasia, a debilitating tissue abnormality, in their digestive tract. On the other hand, when compared to specimens collected from a place unaffected by the oil spill, namely the Chesapeake Bay, they do not show any abnormalities.

Researchers theorized that the oysters might have adapted to live with metaplasia and other effects of the oil spill for many generations after the event.

The team hopes their findings would inspire deeper, long-term monitoring efforts for the oysters living near the oil spill region, which are essential species to the gulf that continued oil spills could still impact.

They noted that as long as humans continue to extract petroleum from the oceans, it will continuously contaminate coastal ecosystems. The findings of this study would hopefully bring a better understanding of how oil spills could affect those communities.

RELATED ARTICLE: Race Against Time To Trace Oil Spill Source in Gulf of Mexico, Was It Caused by Hurricane Ida?

Check out more news and information on Oil Spills in Science Times.