SpaceX is once again expected to be a part of NASA's comprehensive space mission sometime in 2024. The space agency recently signed a huge contract that was granted to SpaceX. The said contract is a collaboration between the two over the management and launching of the upcoming Geostationary Operational Environmental Satellite-U or GOES-U. The said satellite will be lifted up in the skies and out in space aboard the famous SpaceX rocket called the Falcon Heavy. 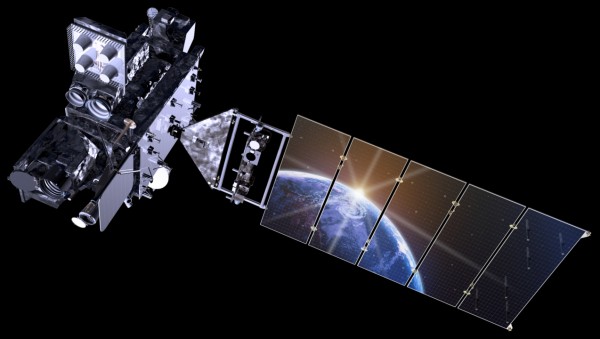 GOES-U is a huge Earth observatory that will be hovering on the low-orbit starting in just a few years. The new observatory has the capability to observe and gather any data regarding the meteorology concerns of the planet. GOES-U observatory not only measures the composition of the atmosphere, but also provides weather information, storm-tracking, and lightning monitoring.

NASA's geostationary satellite will also have instruments that are specialized to map the surface of the planet in detail. According to the space agency's press release, the GOES-U project is estimated to cost 152.2 million dollars. The approximated budget includes other mission-related costs as well as the launch service that SpaceX will provide.

SpaceX will be launching the GOES-U satellite in April 2024. The instrument will be carried by one of SpaceX's best rockets, the Falcon Heavy. The satellite will launch in Florida, where the John F. Kennedy Space Center Launch Complex-39A is located.

The Falcon Heavy rocket of SpaceX is considered one of the most successful and most powerful rockets ever developed throughout the history of commercial rockets. The rocket's performance is powered through its contained technology, including 27 Merlin engines that could manage 5 million pounds on launch, as well three separate nine-cored engine called the Falcon 9.

Falcon Heavy will carry GOES-U into space where it will hover in an estimated orbit best for meteorological and atmospheric observations. According to Tesmanian, the position of the satellite will be constant even if the planet rotates, and will have the best spot for viewing various activities on Earth's sky.

The National Oceanic and Atmospheric Administration or NOAA will be the lead team of the GOES-U satellite observations alongside NASA. The satellite is the fourth and final instrument that will be launched under the GOES-R mission, which also included previous satellite launches like the GOES-R, GOES-S, and GOES-T.

The GOES-R project's first lift-off was conducted in Cape Canaveral back in 1975. The first satellite was named GOES-A and was later changed to GOES-I. More of the first GOES-R batch, including GOES-2 and GOES-3, were launched in 1977 and 1978.

In 1994, GOES-8 was launched under the new generation of satellites called the GOES I-M series. The structure of the satellites in the I-M was crafted in a much modern fashion along with improved functions compared to the initially GOES releases. In addition, the new batch has the ability to capture more definitive imaging which gave experts a new opportunity to study in a more detailed manner than ever.

The key interest of the project is to examine any available information gathered throughout the atmospheric features of Earth, as well as to predict and prepare for any upcoming weather activities that could potentially impact humans negatively.