An ancient artifact unearthed was suspected to be the oldest form of art that was created. The discovery was conducted through the international collaboration of anthropologists and archaeologists from respected institutes. The ancient artwork, also called the Quasang art panel, was found in the form of hand and footprint patterns right at the heart of the Tibetan Plateau. 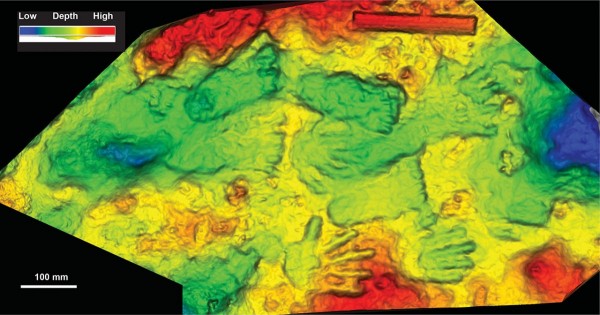 The Quesang prints were examined and identified to have been crafted sometime between 169,000 and 226,000 years ago during the Pleistocene era. Daily Mail reported that the art discovery is estimated to be older by three or four times compared to the initial findings of the oldest ancient artwork found in the caves of Indonesia, Spain, and France.

However, the team that discovered the archaeological finding ensured that the Quesang print sequence is indeed a work of art and not just coincidental markings from ancient activities of the earliest humans or natural force. The team consulted the Cornell Univerity's Tree Ring Laboratory and College of Arts and Sciences expert Thomas Urban to verify what type of art form was unearthed from the Tibetan Plateau.

Urban, who was also among the corresponding authors of the study, said in a Cornell report that the art was evidently placed on its location with intent, confirming that the discovery was not an accident. The expert added that there are no utilitarian aspects that could explain the findings, suggesting more than patterns. According to Urban, they are convinced that the unearthed print sequences are an expression of artistic behavior, but the most surprising fact from the discovery is that the work of art existed earlier than the standard ancient artwork findings that were identified before.

Oldest Artwork Not Accidental; Processed with Human Prints and Limestone

Cornell's contribution to the archaeological study is part of a wider effort of White Sands National Park's research on human and animal footprints. The key interest of the comprehensive study was to understand more about the behaviors of human ancestors during ancient times. Urban is also associated with Matthew Bennett, the team leader who gathered the first 'art panel' from the Tibetan Plateau's archaeological site back in 2018. Bennett was also invited to be among the co-authors of the new findings unearthed in the same region.

The Tibetan Plateau artwork is composed of five handprints and five footprints that are relatively symmetrical to each other. In addition, the amazing Quesang prints were all stamped in freshwater limestone called travertine. It is among the available type of stones that could be harvested from a body of water and could materialize into a harder state over time. In the Tibetan Plateau artwork, the travertine was theorized to have been collected from a nearby hot spring and intentionally hardened. The study was published in Science Bulletin, titled "Earliest parietal art: hominin hand and foot traces from the middle Pleistocene of Tibet."