The National Aeronautics and Space Administration will launch James Webb Space Telescope into orbit this year. According to a NASA astronomer, this new technique might provide better photos than Hubble, Spitzer, and other space observatories.

Astrophysicist Jane Rigby of the space agency stated that her colleagues want to locate the earliest galaxies to emerge in the cosmos, look for Earth-like atmospheres around other planets, and achieve a slew of other scientific goals using this telescope.

NPR said NASA's James Webb Telescope could record light beams, particularly those flying faster than the whole history of the universe. Said, it is capable of photographing the earliest known space objects.

The huge space agency hasn't said it could snap high-definition photos of Quasars and other brilliant celestial entities.

According to Rigby, Webb will be able to view galaxies as they appeared a few hundred million years after the Big Bang.

Because of its mid-infrared and near-infrared light characteristics, NASA's James Webb Space Telescope may do this, outperforming Hubble and Spitzer space telescopes.

According to TNW, the telescope would employ a very large mirror to reflect a tremendous quantity of light in addition to its excellent infrared capacity. That said, astronomers expect to have creative but more trustworthy images. 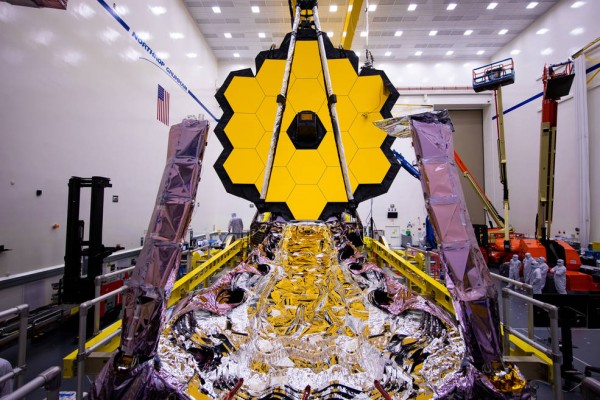 The new NASA equipment differs from Hubble in that it can see through dust and other space telescopes, allowing it to photograph stars and other celestial things that previous models could not.

It is, however, more powerful than Spitzer, another sophisticated space telescope that provided breathtaking photos before being permanently decommissioned in 2020. Once the massive James Webb Orbit Telescope reaches space, the public will better understand how it works.

Hubblesite explained that elliptical galaxies account for around one-third of all galaxies in the cosmos and are either nearly circular or elongated in form.

On the other hand, spiral galaxies "appear as flat, blue-white disks of stars, gas, and dust with yellowish bulges in their cores."

The shapes of irregular galaxies differ from those of elliptical and spiral galaxies. They contain relatively little dust; therefore, astronomers must search further into the cosmos to find them.

Here are some pictures are taken by the Hubble Space Telescope in the past to help you understand irregular galaxies: 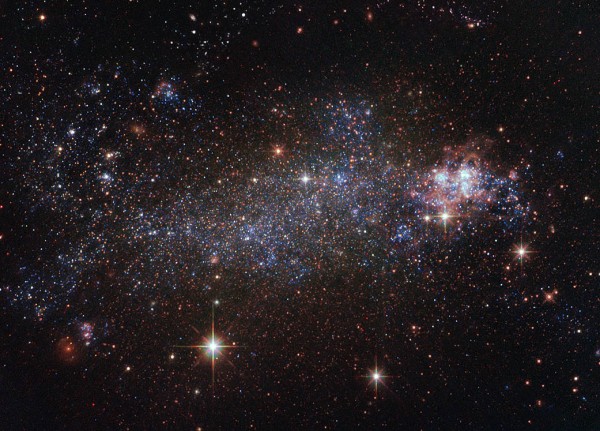 Astronomers found the spiral galaxy called NGC 5408 in 1834. In the constellation Centaurus, it is 16 million light-years distant from our planet. 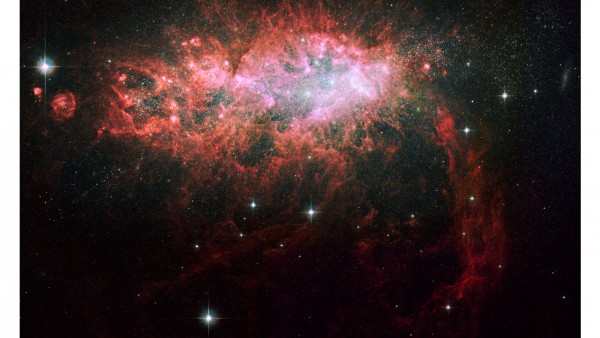 The center of NGC 1569 is roughly 5,000 light-years across. Three massive star clusters are located in the core of this irregular galaxy. Each star cluster includes roughly a million stars, according to Hubblesite's page about the NGC 1569. 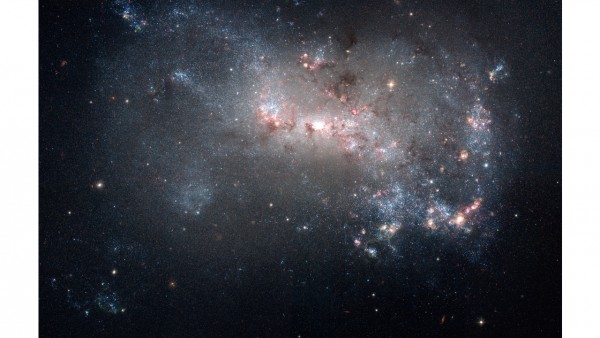 The NGC 4449, around 12.5 million light-years distant, features a starburst, which NASA defines as "unusually explosive and intense star formation activity."