A recent cosmic phenomenon has been recorded from gravitational wave detectors, where signals sent to the measuring device were found full of structure designed in an exotic formation. Among the space events that could possibly reveal by the signals were dark matters, their interactions with black holes, and other unique vibrations that point out the origins of the universe. 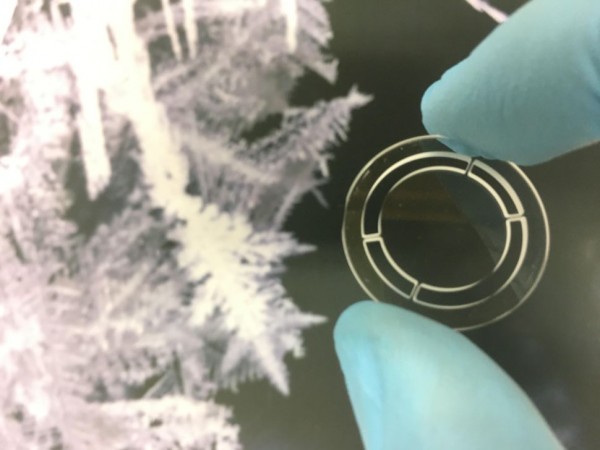 The Laser Interferometer Gravitational Wave Observatory or LIGO is among the equipment available on our planet that has the ability to gather data and observe the massive ripples undetected via the naked eye but is indeed present in space-time called the gravitational waves. These waves are being captured through the utilization of technology that is powered with laser-function detectors to define the overall details of a certain ripple.

Gravitational waves are emitted by cosmic phenomena such as the interactions from black holes and neutron stars, which either collapse or collide with each other. And even though they are in the distant regions of the galaxy, these activities expressed by cosmic bodies are still large enough that they can disrupt and tear space-time, allowing a great surge of gravitational waves to pass across the universe with a great distance.

But even before gigantic laser-driven detectors were invented, scientists were already aware of the existence of gravitational waves. University of Western Australia expert and author of the study Micahel Tobar said in a Live Science report that much of these ripples were already theorized in old studies to come in massive sizes, as experts concluded that large cosmic phenomena like neutron stars and black holes would eventually clash with each other. But despite the knowledge of massive gravitational waves, ripples with shorter wavelengths have limited data.

The modern-day advancement in detecting gravitational waves is in the process of developing potential detectors that could analyze and observe such wavelengths that stretch in just a few meters or kilometers. The recent study attempted to create a new approach that can search and examine short gravitational wavelengths. The method is composed of a device that coils end off electrical signal through vibration from specified frequencies called the resonant chamber, as all as a disk crafted from 3-centimeter crystal quartz.

The short gravitational wave detector has functions similar to how a bell or gong works. According to the study, the equipment will be notified and will react once a gravitational wave reaches the detector. Once the ringing is captured through the crystal disk, it will be then read as electromagnetic signals for the sensors to pick it up. The overall detector is equipped with multiple layers of radiation sheets to prevent background electromagnetic fields from infiltrating, as well as to lower its temperature to lessen the thermal vibrations expressed during the process.

The short gravitational wave detector was found effective during an examination that was conducted over 150 days. Throughout the experiment, the detector reacted and rang twice between one and two seconds. Due to the success of the equipment, the experts are now developing a way to determine what caused the short ripples to reach the detector. The study was published in the journal Physical Review Letters, titled "Rare Events Detected with a Bulk Acoustic Wave High Frequency Gravitational Wave Antenna."