The solar system recognizes eight planetary bodies surrounding the sun. in fact, they were the only cosmic bodies under the category of a planet that survived the years of development in our galaxy. But the other planets that we do not see in our system do not mean they crumbled and destroyed through the millennia that have passed through the universe, and some of them may have been drifted away from where our solar system stands. In a recent study, a planet could have been lurking on the outskirts of the system for a very long time.

Planet 9 Outside the Solar System 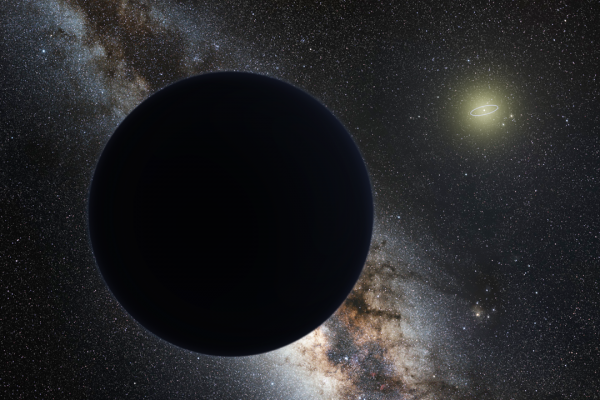 The planet, dubbed as the 'planet 9,' was examined and observed in the new study. Based on its measured structure and composition, planet 9 has features comparable to Mars. The experts said in their astronomy paper that planet nine is found to have a rocky surface and roughly the same mass as the red planet. The planet is charted just past the planet Neptune's orbital track and outside the solar system.

The solar system is composed of a diverse planetary collection. Today, the system is divided into groups, including the inner planets and the outer giants divided by the vast asteroid belt. The inner planets are composed of the rocky batch and are located between the sun and the asteroid belt. The other side of the space rocks contains the realm of giants, which are composed of planets that have gassy and icy features. Past the last planet, Neptune, is a remaining space dedicated to the dwarf planets that include the ex-planet Pluto, Eris, Sedna, and other bodies.

The University of British Columbia and University of Arizona experts Brett Gladman and Kathryn Volk said in an Inverse report that the structure of the solar system and the sequence of the planets are a bit baffling. According to the experts, something might be missing in the group that we might not be aware of, as the last four giant planets should have preceded aby additional planets should measure at least larger than the dwarf planets.

The study suggests that there should be one more planet in the solar system which went missing throughout the ages. The research was examined to prove that the missing ninth planet existed through the simulated models the experts developed. The models showed that the additional planet comparable to the size of Mars or Earth manifested through the solar system's development.

According to the study, the ninth planet was pushed far away from its original place in the ice and gas giants. It was displaced from between the massive planets of the solar system and away past the realms of the dwarf planets. Planet 9 may have ended in the detached population of the Kuiper Belt which the dwarf planet Sedna is currently located.

According to Southwest Research Institute's Department of Space Studies expert David Nesvorny, the theory of the missing ninth planet is possible. However, the expert added that the pieces of evidence of its existence and survival would remain unsolved due to the lack of information. The study was published in the Annual Review of Astronomy and Astrophysics, titled "Transneptunian Space."

RELATED ARTICLE: How Did the Planets of Solar System Align on the Same Plane? Orbit Line-Up Explained 4.5 Billions of Years Ago