How Earth Will Be By 2500 If Humans Do Not Act Now, Scientists Warn

Scientists recently came out with a warning that by 2500, if humans don't act to save the planet, it will be alien to them as a result of long-term environmental impacts.

A ScienceAlert report specified that there are lots of reports based on scientific studies that discuss the long-term effects of climate change, like a rising greenhouse gas, temperature, and sea levels by 2100.

For instance, the Paris agreement requires humans to limit warming to lower than 2.0 degrees Celsius higher than pre-industrial levels by the century's end.

Every few years since the 1990s decade, the progress has been evaluated through the Intergovernmental Panel on Climate Change or IPCC's scientific assessment reports, not to mention associated special reports.

Specifically, IPCC reports analyze the present research to present where the planet is at, and what needs to be done before 2100 to meet such goals, and what could occur if such actions are not done. 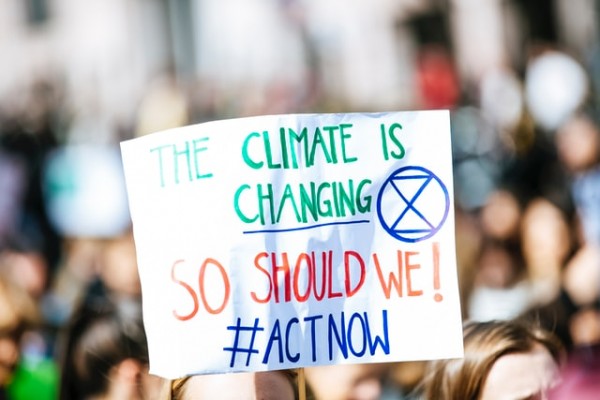 (Photo : Markus Spiske on Unsplash)
Scientists recently came out with a warning that by 2500, if humans don’t act to save the planet, it will be alien to them as a result of long-term environmental impacts.

The recently published assessment of the Nationally Determined Contributions or NDCs of the United Nations cautions that present promises from governments are setting humans up for a very hazardous 2.7 degrees Celsius warming by 2100.

These refer to unparalleled disasters like storms, fires, floods, droughts, and heat, as well as profound land and aquatic ecosystem change.

While some climate forecasts certainly indeed, look beyond 2100, these longer-term predictions are not being factored into mainstream climate adjustment and environmental decision-making at present.

This is quite surprising since humans born today will be in their 70s by that said year. To grasp what these people will look like by 2100, plan for, and communicate the entire spatial and temporal scope for climate effects under the condition, even those who meet the Paris Agreement, scientists and policymakers need to look well outside the 2100 horizon.

A global climate model project was recently run, based on RCP or Representative Concentration Pathways, as described in Skeptical Science, which is projections dependent on time, of atmospheric GHG or greenhouse gas concentrations.

The projections modeled low, medium, and high alleviation scenarios which correspond to the well-lower than two degrees Celsius up to the year 2500.

Vegetation distribution, heat stress, as well as growing conditions were also modeled, for the present major crop plants, to achieve a sense of the sort of environmental struggles the children today, and their descendants might have to adjust to, from the 22nd century and beyond.

As specified in this report, from 1500 until at present, colonization has been witnessed, and the Industrial Revolution, the modern states' birth, institutions and identities, the fossil fuels' mass combustion, and the associated increase in worldwide temperatures.

Therefore, a similar The Journal Daily report said, if humans fail to stop climate warming, the next half-a-century and after it will change this planet in ways that challenge the ability to retain a lot of essentials to survive, specifically in the geographically and historically rooted cultures that provide meaning, as well as identity.

This planet of high-end projections, this report indicates, is "alien to humans." The choice people are facing is to instantly lessen emissions, while continuing to adjust to the warming that cannot be escaped from, as a result of emissions until the present, or start to consider life on Earth, quite different to this one.

Related information about the Earth by 2100 is shown on Bright Side's YouTube video below: