In recently published research, scientists found that a cheap and naturally occurring chemical compound could avoid or reverse the effects of a deadly virus in bees.

As indicated in a Phys.org report, globally, honeybees die in large numbers. Such a die-off is partly due to a fatal virus that can kill bees or damage their ability to return to the hives after scavenging.

Bees fed the chemical compound before infection were nine times more likely to survive the virus five days after.

By monitoring hives in actual time, the scientists also revealed that bees fed the chemical compound were more likely to go back to their hives at the end of a foraging day. 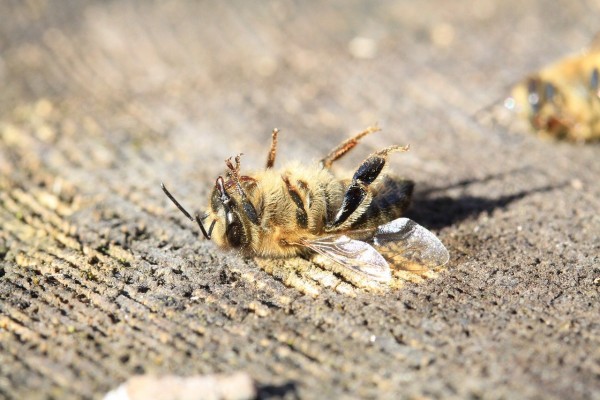 (Photo: rostichep on Pixabay)
A bee severely infected with a deformed wing virus will die within days or have inadequately developed wings that damage its ability to fly and forage.

The deformed wing virus in particular, which is transmitted by a varroa mite parasite, as described in the Bayer site, can infect bees in their lifecycle.

Essentially, severely infected bees will die within days or have inadequately developed wings that damage their ability to fly and forage.

Past studies also showed that the virus can impair the learning and memory of a bee, which could impact their ability to find a home after they hunt for food.

In addition to this, lost bees are possible to die. More so, their colony may ultimately collapse due to the absence of food.

According to the first author, National Taiwan University's Cheng-Kang Tang, pathogens are certainly a stressor for bees.

In their study published in iScience, the researchers showed that the virus inhibited the expression of genes linked to transmission of nerve signals and serval other biological procedures associated with learning and memory function in bees.

The researchers identified sodium butyrate, a chemical compound found in many plants and identified to increase the expression of an assortment of genes in animals, which includes those engaged in immune reactions and learning, as a probable candidate to shield them from it.

To examine the effects of NaB on honeybees, Yueh-Lung Wu, the study's lead author at National Taiwan University, and his team fed bees using NaB-laced sugar water for one week before getting them infected with the deformed wing virus, as described in The Apiarist.

Chances at Survival of Bees

Wu explained, their findings revealed that feeding the bees with NaB before exposure to the virus can counteract the adverse effects of the pathogen.

They previously found too, he continued, that NaB can "upregulate some immune response in bees," and this can contribute to the suppression of viral copying and improvement of chances of the bees at survival.

This team of Wu also experimented on a bee farm. They installed monitors at several beehives' entrances, each having tens of thousands of foraging bees, for roughly a month to calculate the number of bees leaving and returning home during the day.

The study authors discovered that on average, only 50 percent of the infected foraging bees were able to manage to go back to the hive.

However, of the bees that received NaB sugar water prior to infection, more than 80 percent found their way back to the hive by the end of the day, a level compared to uninfected bees.

Describing their study, Wu said it is certainly an interesting study since they tested the impact of NaB on bees through different scales, from genetic levels to lab behaviors, then, in the field under a natural condition.

Next, the researchers would like to determine if bees responded to the chemical compound supplement differently across seasons since honeybees are known for their changing behavior throughout the year.

NaB, Wu elaborated, is certainly cheap. Therefore, he continued, "if we can prove its benefits," it would be a simple and cost-oriented method for beekeepers for their bees to stay alive.

Lastly, the lead author explained, these insects are essential pollinators of myriad vegetables and fruits with economic significance globally and thus, are critical for maintaining the ecosystem's balance.

Related information about varroa mites and deformed wing virus is shown on Inside the Hive TV's YouTube video below: