Will Carbon Finally Go to Space? Researchers Created Heat Resistant Composites to be Tested on US Navy Rocket

Researchers created a carbon composite nose cone and fins integrated with temperature sensors to shield rockets from the harsh environment of high-speed flight.

These materials will be tested on a US Navy rocket that NASA plans to launch this autumn.

ORNL's James Klett said in a statement that the launch will allow them to collect data and assess temperature performance in severe conditions that are difficult to replicate at full scale in a laboratory. Klett and the team made the nose cone and fins utilizing a process that significantly reduced manufacturing time. 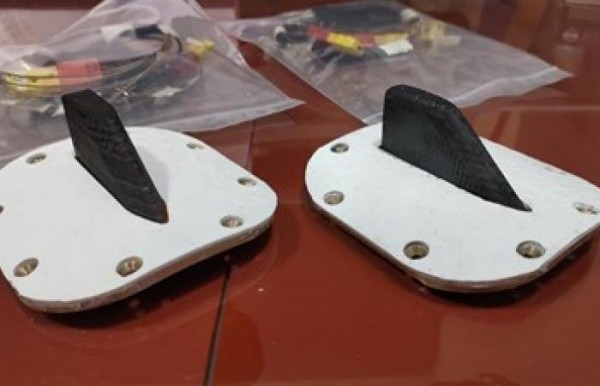 (Photo : ORNL, U.S. Dept. of Energy)
ORNL researchers developed a novel process for manufacturing extreme heat resistant carbon-carbon composites at a faster rate and produced fins or strakes made of the materials for testing on a U.S. Navy rocket launching with NASA.

A 1,200-ton magnet coil arrived at the ITER facility in September after a smooth trip to France. ITER will show that fusion energy can be used to generate practical power, including a 500-megawatt burning plasma. The 60-foot-tall central solenoid magnet, as well as other hardware devices, are being contributed to ITER's initial plasma by US ITER, which ORNL controls.

The voyage of this initial module began with years of painstaking preparation in California, where General Atomics manufactured it. The solenoid will be the world's most powerful stacked superconducting magnet with a pulsed output.

According to a Eurekalert story, ORNL's Kevin Freudenberg, analysis and design integration manager for US ITER, whose team made the complicated voyage appear simple, US ITER has never delivered anything of this heft and value before. ITER will get the second module later this month.

Researchers at Oak Ridge National Laboratory made algorithm-based controls for a hybrid electric bus that saved up to 30 percent more energy than previous controls.

The Integrated Eco-Drive system employed a mix of powertrain control methods, powerful machine learning, and various sensors to identify the ideal driving speed that saves the most energy. OSTI said the system, developed in conjunction with the University of California, Riverside, and US Hybrid Corporation, saves substantial power for medium- and heavy-duty vehicles traveling on pre-determined bus and delivery truck routes. US Hybrid was later granted a license for the technology.

According to ORNL's Zhiming Gao, co-optimizing the combustion engine power, electric motor output, and battery state of charge and accounting for the repeated path - helps them get the greatest results.

Tim LaClair of ORNL added that they could use the same technique to save energy in light-duty automobiles and trucks, particularly in networks of linked vehicles.

RELATED ARTICLE: Classic Cars Can Now Be Converted To Electric Cars; Here's How This Startup Save Your Vintage Item!