Elon Musk: Starlink Will Roll Out in the U.S. Soon; Should People Register to the Internet Service?

SpaceX CEO Elon Musk said that internet service Starlink would be launched later this month throughout the United States.

Musk made such an announcement after he previously said (per Mashable) that Starlink would end its beta phase in October.

On Thursday, a Twitter user wondered about the implication of his announcement for American consumers, particularly those in the south.

"Should be nationwide rollout by end of month. Note, still limited by peak number of users in same area. This will improve as more satellites are launched," SpaceX CEO Elon Musk replied.

Should be nationwide rollout by end of month. Note, still limited by peak number of users in same area.

This will improve as more satellites are launched.

SpaceX to Send Out More Starlink Terminals For U.S. Clients

According to the announcement, SpaceX is prepared to send out more Starlink terminals to consumers across the United States. If you reside in a region where there are already a lot of Starlink customers, you'll have to wait until the firm can launch more satellites into orbit to expand the network. Starlink now has over 100,000 users all around the world.

The key question is how SpaceX determines what constitutes "nationwide." Starlink already serves most states in the United States. However, data from Ookla, the firm behind Speedtest, shows that Starlink's coverage still has significant gaps.

Musk clarified in a follow-up tweet that Starlink is intended for areas with low to medium population density. As a result, they might quickly reach maximum users in some locations. He also urged the general public to "sign up early to guarantee a seat" on Starlink. SpaceX, according to Musk, will be able to serve more people as they launch more satellites.

Starlink is designed for low to medium population density, which means we can hit max users in some areas fast.

Please sign up early to ensure a spot. As more satellites roll out, SpaceX will be able to serve more. https://t.co/Q1VvqVmJ2i

ALSO READ: SpaceX Starlink Ramping Up Rollout Service to Beta Test Users; Here's How to Track When It Will Come to Your Area

How to Apply For Starlink 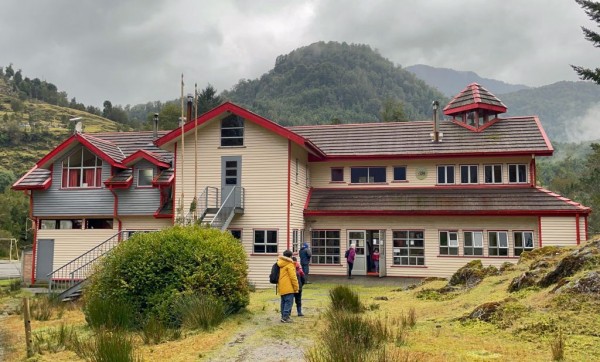 On the company's official website, consumers may put a US$99 pre-order for Starlink. However, Starlink already has a large backlog of over 500,000 clients who have signed up to test it out. Consequently, depending on the location, the official Starlink website may state that the service will not be accessible until 2022 or even 2023.

SpaceX is planning to increase manufacturing of the Starlink dish terminal with a new, easier-to-manufacture variant to attract more clients. The firm, according to PCMag, created a next-generation Starlink dish that it can produce in "multiples" of 5,000 each week. These new dishes will be available later this year.

The end of the test might also mean that the service's speed will improve. According to the official Starlink website, beta customers may expect data rates of "50Mb/s to 150Mb/s in most areas" and latency of "20ms to 40ms." On the other hand, Musk has promised in another PCMag report that Starlink's rates would increase to 300 Mb/s later this year.

Furthermore, according to Musk, Starlink's latency will be under 20 milliseconds, allowing it to compete in professional gaming.

RELATED ARTICLE: "Find Starlink" Portal Lets You Locate SpaceX Satellites in the Sky: Here's How To Use the Fan-Made Website

Check out more news and information on Starlink in Science Times.