Antioxidants help prevent or delay cell damage and are also known to strengthen heart health and lessen inflammation, according to the National Center for Complementary and Integrative Health. Now, new research suggests that it can help maintain the health of the body's cells, including brain cells.

Yahoo! Life reported that the findings of the study showed regular intake of foods or diet rich in antioxidants would prevent the onset of Alzheimer's disease. Researchers from the Institut National de la Recherche Scientifique (INRS) noted that an imbalance between oxidation and antioxidants in the blood could signal the early onset of the disease. 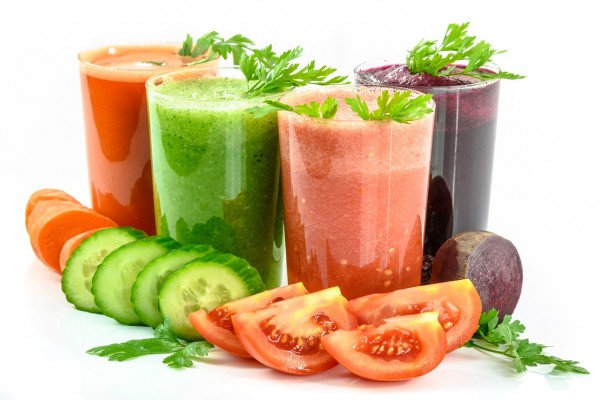 Professor Charles Ramassamy, the one who supervised the study, said that antioxidant systems could be regulated given that there is an increase in oxidative stress in people who develop Alzheimer's disease. An example of these antioxidant systems is apolipoprotein J and D, which play a crucial role in brain function, Alzheimer's disease, and also transport lipids and cholesterol in the blood.

According to the website Study Finds, imbalance in the production and accumulation of oxygen reactive species in cells and tissues and the body's ability to detoxify could cause oxidative stress. Studies have shown that Alzheimer's disease is linked to biological markers of oxidation.

That means that the presence of these biomarkers means that Alzheimer's disease could develop soon. Fortunately, researchers said that regular intake of food rich in antioxidants could lower this risk because it inhibits the production of free radicals that damage cells in the body.

They said that biomarkers that signal Alzheimer's is developing were discovered in plasma extracellular vesicles or pockets released by cells. By focusing on sporadic Alzheimer's, which develops because of the presence of APOE4 susceptibility, they were able to make their discovery.

Biomarkers Can Be Detected By Blood Tests

In a news release via EurekAlert!, researchers noted that the oxidative biomarkers they discovered can be detected, unlike the current invasive and expensive tests that clinicians use to diagnose Alzheimer's disease.

The research team said that blood tests could be done to detect biomarkers that are found in the plasma extracellular vesicles in the cells, including brain cells.

The team concluded that recommendations to slow down the onset of Alzheimer's disease and to limit the risks could be possible by identifying oxidative markers in the blood of people who are at risk of developing Alzheimer's disease as early as five years before it appears.

This discovery brings hope to reversing symptoms of Alzheimer's disease even before they appear. The team published their study, titled "Effect of Apoe ε4 Allele on Levels of Apolipoproteins E, J, and D, and Redox Signature in Circulating Extracellular Vesicles From Cognitively Impaired With No Dementia Participants Converted to Alzheimer's Disease," in the journal Alzheimer s & Dementia Diagnosis Assessment & Disease Monitoring.

RELATED ARTICLE: Alzheimer's Disease Can Be Prevented? Preclinical Study Claims Natural Compound in Basil May be the Answer