NASA Shared Its 'Visions of the Future' Video For Space Tourism Featuring Kayaking on Saturn's Moon Titan, Skydiving in Exoplanet

NASA is looking forward to future space tourism as they drop their latest video titled "Visions of the Future." Their video shows that civilians will someday be able to go far beyond Earth's orbit to visit other planets and moons that could someday become vacation destinations.

Although humans have not visited Mars yet, NASA and other space agencies around the world are already planning to add boot prints to rover tracks on the surface of the Red Planet soon. The dream of traveling to distant worlds could someday become possible and no longer science fiction. 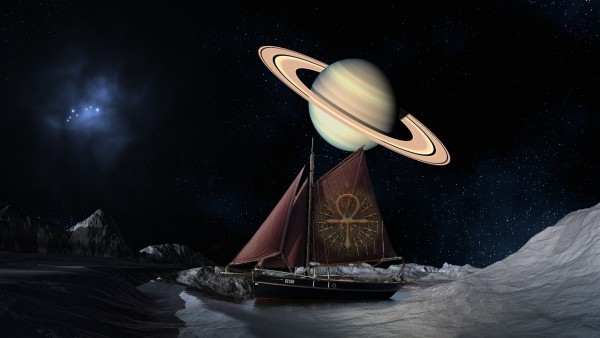 NASA's Visions of the Future

For many decades now, humans have envisioned making space tourism a reality. However, civilians have only recently made their trip into space, with the latest one being 90-year-old William Shatner aboard Blue Origin's flight on October 13.

But this is just the beginning of space tourism as NASA hopes to lead humans in exploring the wonders in the Solar System and beyond.

And speaking of inspiration, this video was inspired by the "Visions of the Future" travel poster series created by @NASAJPL.

You can watch this behind-the-scenes look at the making of the video version, and you can grab the posters at https://t.co/7vMqQWjZU9. pic.twitter.com/g9jNShf0dB

Daily Mail reported that NASA shared a space tourism video that shows tourists kayaking on Saturn's moon Titan, skydiving in an exoplanet, observing clouds in Venus, and many more.

The "Visions of the Future" video shows fictitious vacation destinations that are booked through the Exoplanet Travel Bureau. Humans can also go to Saturn's sixth-largest moon Enceladus, exoplanet HD 40307 g, the dwarf planet Ceres, and other exoplanets where tourists can fly through the atmosphere in glass capsules, walk on red grass, and experience nightlife on a planet that has no star.

The video is an inspiration from a series of travel posters that NASA Jet Propulsion Laboratory (JPL) commissioned to highlight future space destinations in the Solar System and beyond.

NASA's vision for future space travel and space tourism is still decades away, but this exciting endeavor has also caught the interest of not only governments but as well as companies that are willing to support space missions beyond orbit and even the Solar System.

Space tourism is another field in the aviation industry, which seeks to allow tourists to experience spaceflight, albeit they can only go to orbit for now. Going to other planets might be too far, but the ultimate plan is to visit and explore other planets.

Billionaire founders, such as Virgin Galactic's Sir Richard Branson and Blue Origins' Jeff Bezos have recently gone to orbit and experienced spaceflight for the first time.

Other civilian missions as well after they were that of SpaceX's Inspiration4, William Shatner aboard Blue Origin, Disability ambassadors experiencing weightless flight aboard Zero Gravity Corporation's "G-Force One" in preparation of making space accessible for all under SciAccess' AstroAccess Mission, and the latest one was the spaceflight to the International Space Station to film a movie.

But unlike the two mentioned billionaires, SpaceX CEO Elon Musk has yet to go to space despite sending the first all-civilian crew into orbit. However, some say that he might join a space mission to Mars someday.

RELATED ARTICLE: Space Hotel Will Soon Be Operational as Early as 2027