University of Tokyo recently conducted a study on developing artificial neurons based on the human brain's living cells. The artifical neurons are created to apply on a robotic structure that would have an ability to think on its own. The robot was made to a compact system that scales to the size of a standard hand. The results of the development was a success, and the AI-powered machine's thinking ability was evident through a maze examination. 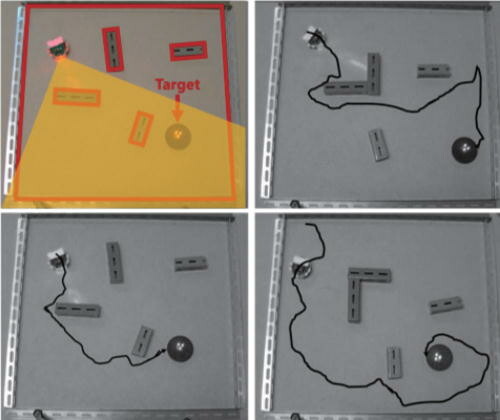 The new AI innovation from Japan was aimed to give robots an astounding brain-like system, giving the lifeless machines to think like humans do. The university experts attached the artificial neurons on wheels that has a size similar to the human palm. The robot was observed to have thinking skills through the man-made living cells the was inspired from the biological neurons found in the brain. By electrical stimulation, the artificial neurons were able to control the robot and successfully passed the experiment that included a complex maze.

Throughout the examination, the AI robot was able to maintain its course on the maze. The BL reported that, whenever the machine steers out to the wrong direction, the artificial neurons are signalled by the electrical impulse to correct the robot's cognition, returning the machine back in its right position and aim the proper path.

The artificial neuron-powered robot is a huge stepping stone to pursue the knowledge and advancements of AI applications in the future. The research is expected to contribute additional data in an attempt to teach robots and use the intelligence on their own. This was also the first attempt to develop 'physical reservoir computing', or equiping lifeless robots with an artificial cell culture for their own cognition.

ALSO READ: How Difficult Is It to Develop AI That Thinks Like Humans? Researcher Try To Find Out

AI Neuron Learns and Moves Robot on Its Own

According to the authors, a closed-loop signal technology was created to generate a perpetual signal for the set of living neuron cells for the collective movement and response of the mobile robot. Moreover, the robot was sensitive to even the slightest adjustment from its initial programmed position and direction. The trial found that the artifical neurons from brain cells are responsive and effective, leading the robot to complete goals in distinct platforms.

The robot was relayed with homeostatic signals throughout the experiment. These signals serves as the robot's learning exercise against the complexity of the obstacles presented, to reach the goal, each obstacles must be analyzed and passed by the AI-powered neuron. It disrupts the signals every time that the mobile machine comes through an obstruction and allows itself to recalibrate to a more considerable passage.

The greatest ability that the robot presented was that it relied solely on the electrical impulses that was sent to the artificial neurons, completing the trials without the use of optic signals or imaging. The results of the study is a strong evidence that a mechanical body could perform through the use of signals in the artificial brain cells. The study was published in the journal AIP Applied Physics Letters, titled "Physical reservoir computing with FORCE learning in a living neuronal culture."

RELATED ARTICLE: Artificial Intelligence Developed to Predict, Analyze, and Select Priority Studies for the Next 10 Years

Check out more news and information on Artifical Intelligence in Science Times.