Origins of Heavy Metals: Researchers Use Computer Simulations to Determine Where Gold Comes From

Where does gold come from and how is it produced in the universe? A team of researchers from GSI Helmholtzzentrum für Schwerionenforschung in Darmstadt collaborated with colleagues from Belgium and Japan to show the synthesis of heavy elements using computer simulations.

Researchers predicted that the abundance of formed elements will provide insight into which heavy metals are needed to be studied in the future to unravel their origins. 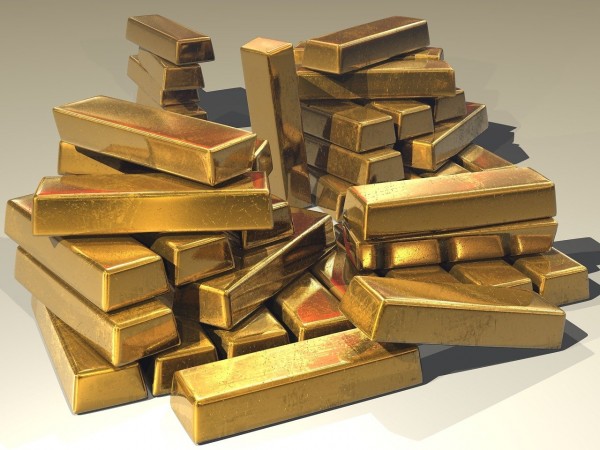 (Photo : Pixabay)
Origins of Heavy Metals: Researchers Use Computer Simulations to Determine Where Gold Comes From

Tracing Gold's Origin in the Universe

Astronomers have wrestled with the question of how the universe makes its heaviest metals for over half a century. These heavy metals include gold, silver, and platinum do not normally form under nuclear reactions that fuel stars. So, scientists hypothesize that these elements were created during massive supernovae.

But a paper in PNAS reports that neither merging neutron star binaries and supernovae are the sources of heavy metals based on the observations of astronomers when heavy elements are seen forming as two dense neutron stars spiraled into each other. This has led to doubts to arise whether supernova explosions are an important part of the origins of heavy metals.

Scientists pointed out that heavy elements barely exist even adding up every atom in the universe will only arrive at 1/2.300th of the total number of iron atoms. They explained that the heaviest metals are rare because stars do not always make them since they generate energy to prevent collapsing and to survive. Meanwhile, iron is the nuclear dead end because it is the most stable element.

ALSO READ: Supernova or Partner Star Effect? White Dwarf With Heavy Metals Blasts Opposite and Out of the Milky Way

Using Computer Simulations to Track Where Heavy Metals Come From

Scientists have been curious which astrophysical events are considered to be appropriate for the formation of heavy metals, like gold and uranium. According to EurekAlert! an observation in 2017 suggests that they can be produced and released in cosmic collisions, although it is still a mystery as to why they are ejected and whether there may be other scenarios that heavy metals are produced.

In the study, titled "Neutrino Absorption and Other Physics Dependencies in Neutrino-Cooled Black Hole Accretion Discs" published in the journal Monthly Notices of the Royal Astronomical Society, researchers use computer simulations to track origins of heavy metals and one of the promising candidates they identified are black holes orbited by an accretion disk of a dense hot matter.

The team said that the composition of accretion disks has not been well understood yet, specifically with respect to the conditions under which a number of neutrons form. The synthesis of heavy elements needs a number of neutrons to enable the rapid neutron-capture process.

Study author Dr. Oliver Just explains that the more massive an accretion disk is, the more often protons form neutrons through the capture of electrons under emission of neutrinos and are available for the synthesis of heavy elements via the r-process. But too massive an accretion disk will also create an inverse reaction that will recapture more neutrinos before they leave the disk.

He added that the study shows the optimal disk mass for producing several heavy elements is about 0.01 to 0.1 solar masses, implying that neutron star mergers that produce accretion disk with these exact masses could be the point of origin for heavy metals. However, the frequency and whether accretion disks like these occur in a collapsar system is still unclear.

Check out more news and information on Astronomy in Science Times.