The season for Christmas parties is almost here and what frequently happens is a hangover after the party. There may be no particular treatment for the condition, but a medical expert has a piece of advice to at least alleviate the after-effect of alcoholic drinking.

Appearing on This Morning of ITV, Dr. Philippa said, "alcohol is a diuretic," making one "wee after drinking," and so, it causes dehydration.

It gives one headache and fatigue, as detailed in a Mayo Clinic report. More so, it affects one's quality of sleep. Some will say it helps them get off sleep. However, they have to get up and head to the toilet from time to time. So, they wake up feeling tired due to fragmented sleep.

ALSO READ: Looking for a Hangover Cure? Make Sure It's Not Illegal 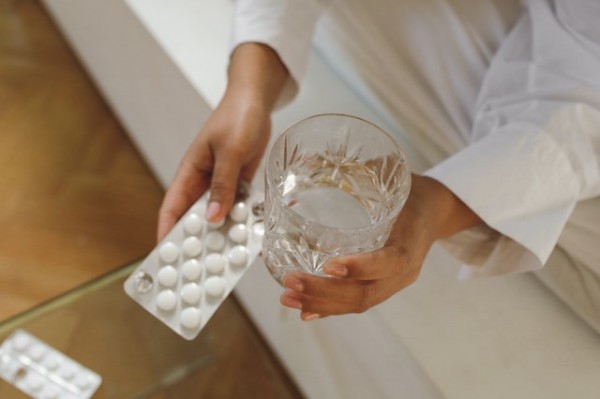 (Photo: Polina Tankilevitch on Pexels)
Expert says some simple painkillers like paracetamol for the headache, over-the-counter anti-indigestion remedies are essential against stomach soreness caused by hangover.

Alcohol irritates the stomach, which results in nausea. Furthermore, as the body breaks down the alcohol, it also breaks into a compound known as "acetaldehyde," which itself, is causing problems in the body.

The hangover becomes the reaction of the body, mainly to dehydration. However, one experiences a lot, that's why one doesn't feel quite well.

Dr. Philippa said there's no cure for a hangover, not to mention, there is no way to prevent it other than abstaining from alcoholic beverages.

However, some people may discover that if they consume dark-colored drinks, their hangovers worsen. That is because of the compound, also known as "congeners" which are naturally found in higher concentrations in colored beverages such as stout or red wine than white wine or clear spirits such as vodka.

So, staying away from dark-colored beverages might help alleviate the effects of a hangover. However, the expert noted that it would not prevent hangovers.

Dr. Philippa also advised people to drink in moderation. Also, one should know his limit and drink in small amounts.

She also mentioned the need to be full before drinking. She explained, having food in one's stomach will help absorb the alcohol more slowly, and it makes a difference.

The expert also advised that one should make sure he's drinking plenty of other fluids. She suggested drinking one glass of water in every alcoholic drink or alternating the two.

Moreover, she recommended ensuring one has a big glass of water before going to bed, even if he is going to get up at night "to do a wee."

Keeping a glass of water by the bed is essential, so one can have more drink when they get up.

Drinking water will help, especially if one wakes up with a headache, tiredness, and nausea, the doctor continued. She strongly recommended drinking water to ease hangovers. The essentiality of water as a remedy for a hangover is also discussed in an article posted on The Spruce Eats.

Making sure to get well hydrated to address dehydration, eating plain, simple food are essential for those who don't want to irritate their stomach further.

Lastly, Dr. Philippa shared some simple painkillers that might help, like paracetamol, for the headache. Over-the-counter anti-indigestion remedies are essential against stomach soreness, too.

Check out more news and information on Medicine& Health in Science Times.