Images taken by the Hubble Space Telescope have been released this week. The subject of the autonomic photographs is not the common specks of dust and clouds but the gas giants that are located right in the premises of our solar system. The massive members of the system were observed through the space telescope in various time scales. The images were part of the study to allow the experts to analyze and gather data from the changes in the planets' atmospheric regions.

The gas giants included in the latest photo album of Hubble are Jupiter, Saturn, Uranus, and Neptune. Alongside the images of the solar system's gas giants, there are other images that are recently released to the public due to the near-retirement state of Hubble. Some of the projects and ongoing observations in the past three decades of the Hubble will be shared with the space sentry's successor, the James Webb Telescope, as soon as it launches in December. 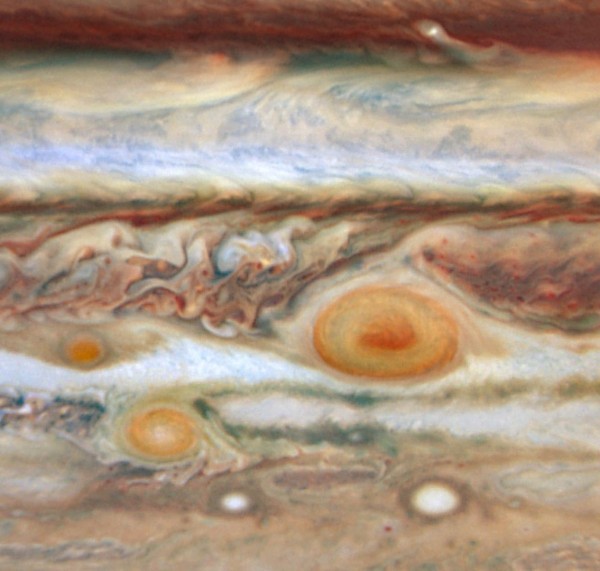 The Hubble is currently operating at 'safe mode,' but while the maintenance for the instrument is being processed, the experts from NASA and the European Space Agency ESA did not stop releasing many intriguing and informative images covered by the space telescope. Last month, a monster nebula was discovered from one of the unreleased photographs of Hubble.

Hubble released pictures of gas giants neighboring our planet this time, including Jupiter, Saturn, Uranus, and Neptune. The images were captured as part of astronomical investigations in the titan group located in the outer region of the solar system. The gas giants have a distance from the sun that spans from 500 million to 3 billion miles, but even then, NASA's Hubble Space Telescope managed to get a glimpse of the changes in the atmosphere of the planets.

The Hubble captured significant shifts from the gas giants, which interested many astronomical and planetary experts. In Jupiter, the atmosphere was found swirling in between specific time intervals. With Saturn and Uranus, seasonal storms were observed to manifest. Neptune has a bizarre dark spot on its surface that casually disappears.

According to a report by Daily Mail, NASA said that the solar system's weatherman harnesses definitive information. With the sharp images captured by Hubble, new insights are being added to the collective history of astronomical studies, even today.

The clear pictures of the gas giants were collected as part of a greater project called the Outer Planets Atmospheres Legacy Program or OPAL. On September 4, Jupiter exhibited new storms that humans had never seen before, a phenomenon known as a cyclonic vortex. Saturn also presented some quick shifts of its bands in the northern hemisphere last September 12. Uranus' October 25 image shows the planet's spring season. And on September 4, Neptune's mysterious dark spot was found to be moving towards the orb's equator.

NASA's Goddard Space Flight Center's Planetary Atmospheres Research in the Solar System Exploration Division expert Amy Simon said in the space agency's report that their team is always 'blown away' whenever the Hubble captures and relay high-definition images from new data of cloud features and other aspects of the gas giants in the outer solar system.