Trump Approves Oracle Acquisition of TikTok in the US

President Donald Trump has given his approval to the agreement between Chinese-owned video sharing platform TikTok and American tech giant Oracle on Saturday, September 19.

The TikTok agreement with American companies comes ahead of the ultimatum given by the Trump administration, which threatened to block the popular social media app in the US over concerns regarding national security.

"We'll see whether or not it all happens," Trump said. He added: "Conceptually, I think it's a great deal for America." 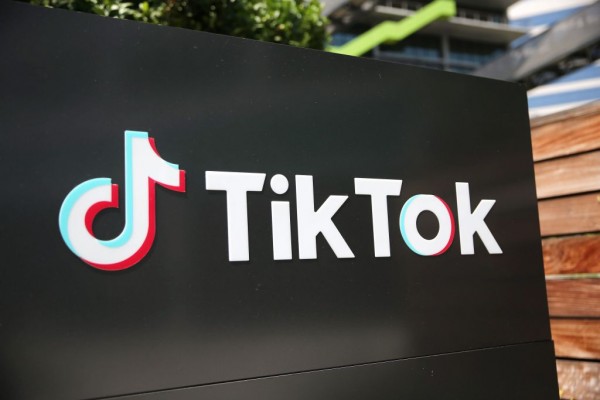 (Photo: Photo by Mario Tama/Getty Images)
CULVER CITY, CALIFORNIA - AUGUST 27: The TikTok logo is displayed outside a TikTok office on August 27, 2020, in Culver City, California. The Chinese-owned company is reportedly set to announce the sale of U.S. operations of its popular social media app in the coming weeks following threats of a shutdown by the Trump administration.

Under the deal, Oracle and Walmart would help TikTok continue its services to millions of American users. While neither of the involved companies disclosed what specific technologies and parts of the operation will be turned over to the American companies, TikTok would still, in effect, be an American company. The Los Angeles Times reports that it will most likely be incorporated in Texas, with President Trump citing an additional 25,000 jobs for Americans.

Today I talked to @realDonaldTrump about the @tiktok_us deal.

I let him know that if he approves the deal Texas would be the perfect place for the HQ.

The agreement between TikTok and American partners is the latest episode after the Chinese-owned app has been under constant pressure from the US Government. Following allegations of data theft from its users and subsequent threats to US national security, the Trump administration has urged Tiktok, through its parent company, ByteDance.

Microsoft first emerged as the frontrunner for the acquisition of TikTok's US operations. In August, President Trump commented that it would be easier if the Windows developer bought the company in its entirety, instead of a small part. He even added that the company pays the US Treasury as a part of the deal.

However, on September 13, news outlets reported that TikTok reached an agreement not with Microsoft, but with Oracle. In the following statement on Saturday, September 19, TikTok announced that Oracle and Walmart together will take up to 20 percent of the company's stocks. The new US subsidiary, named TikTok Global, will be headquartered in the United States and will continue to use the app without changing its name.

Another 11 percent of the TikTok Global shares will be going to another group of investors, mostly European-based companies. The rest of the company stocks, some 36 percent, will remain with Chinese investors including the video-sharing platform's parent company ByteDance and its founder Zhang Yiming.

Monica Crowley, a representative for the US Treasury Department, said that the US Government's formal approval of the new agreement was still pending. "Approval of the transaction is subject to a closing with Oracle and Walmart and necessary documentation and conditions to be approved by CFIUS," Crowley said, with CFIUS referring to the Committee on Foreign Investment in the United States, a security panel in charge of reviewing the agreement.

Trump expressed confidence in the new agreement, noting that this addresses their national security concerns. According to the POTUS, the security will be 100 percent and that the US operations will now use a separate cloud for its data, apart from its Chinese parent.

"We are pleased that the proposal by TikTok, Oracle, and Walmart will resolve the security concerns of the US Administration and settle questions around TikTok's future in the US," said Hilary McQuaide, TikTok spokesperson, in a statement as reported by the Washington Post.

RELATED: Tiktok Downloads, WeChat Banned in the US: What Happens to the Oracle Deal?

Check out more news and information on TikTok in Science Times.