Waste gases of several branches of industry contain carbon monoxide and carbon dioxide primarily. Currently, these gases are merely blown into the atmosphere, although this may soon change.

Reports on waste gases said, the initial real-size trial plants are already being investigated, using such a conversion at an industrial scale, and the main highlights of these processes are bacteria that destroy carbon monoxide, carbon dioxide, and dihydrogen, "among which Clostridium autoethanogenum is by far, the favorite."

According to the group, Microbial Metabolism leader at the Max Planck Institute for Marine Microbiology, Tristan Wagner, in this microbe, the main line of metabolism used for the operation of gas conversion has been categorized.

However, Planck continued; there are still many questions concerning the molecular level. The one highlighted by the Bremen scientists is the question of how the "toxic carbon monoxide is processed by enzymes at such stunning efficacy." 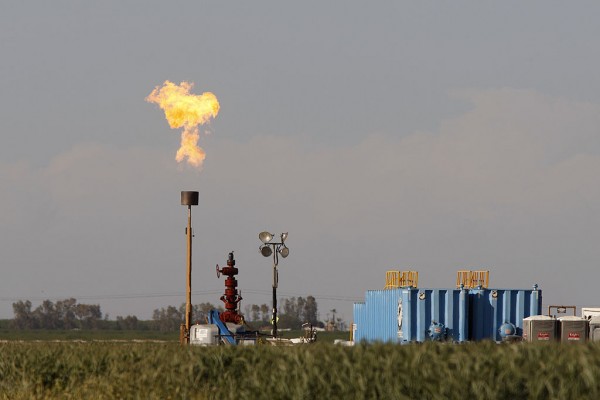 The molecular-level understanding of the conversion of carbon monoxide is derived from research performed on the Moorella thermoacetica species.

Scientists said this is a suitable and well-evaluated marine model organism, although it shows a poor ability to purify waste gases, different from "Clostridium autoethanogenum."

Both microbes are using the same enzyme to transform carbon monoxide: the CODH/ACS or CO-dehydrogenase/Acetyl-CoA synthase.

Wagner said it is a very common enzyme that is already present "in primeval times of the earth." He added, since both species utilize the same enzyme for the conversion of carbon monoxide, they were expecting to discover exactly the same structure with absolutely minor differences.

For this particular study, Wagner, together with his colleague, Olivier Lamaire, are investigating the bacterium Clostridium autoenthanogenum to learn more about how it can flourish at life's thermodynamics, through the use of metabolism the same as that of the first living forms.

Essentially, Lamaire grew the microbes and cleansed its CODH/ACS in lacking oxygen, which is damaging to the enzyme.

What Crystal Can Do

The two experts used the crystallization process to gain crystals of the enzyme CODH/ACS and identify the protein "3-D-structure X-ray crystallography."

Commenting on what they found, Wagner said, when they saw the results, "We could not believe our eyes." Specifically, the CODH/ACS interface from Clostridium autoethanogenum extremely differs from the Moorella thermoacetica model, even though it was the same enzyme and bacteria.

Following the result, the two scientists carried out further studies to prove that the first structure was not "an artifact but the biological reality."

Wagner said they now have an illustration of what this efficient and strong enzyme looks like. However, the expert added, their discovery is just one step advanced.

Among other things, it remains an open question of how the microbe can survive and utilize carbon monoxide to feed their entire cellular energy needs.

Wagner specified, they have some hypotheses, although they are only at the beginning. More so, to understand the entire chemical procedure of transforming carbon monoxide into ethanol and acetate, there is a need to study proteins further.

Check out more news and information on Waste Gases and Carbon Dioxide in Science Times.