Researchers Answer Why Australia is Such A Volcanic Hotspot, Despite Not Being on the Ring of Fire

Australia's continent sits far south of the Equator, far from the famous Pacific Ring of Fire. However, it has an unusual number of volcanoes and eruptions, and scientists might have just uncovered why.

A team of geoscientists from the University of Sydney has discovered why a part of Australia - generally a stable continent - is home to much volcanic activity. The continent's eastern coast is lined with volcanoes' remnants, with the youngest of which is a few thousand years old. Evidence suggests that many eruptions have occurred over the last 80 million years.

"We aren't on the famous Pacific' Ring of Fire' that produces so many volcanoes and earthquakes," says Dr. Ben Mather from University of Sydney's School of Geosciences and its EarthByte group. This prompted its team to work on understanding why Australia's east coast has a lot of volcanoes. However, he noted that unlike large explosions like those of Vesuvius in Italy, or Krakatoa in Indonesia, the effect in Australian volcanoes "is more like the bubbles emerging as you heat your package mix." 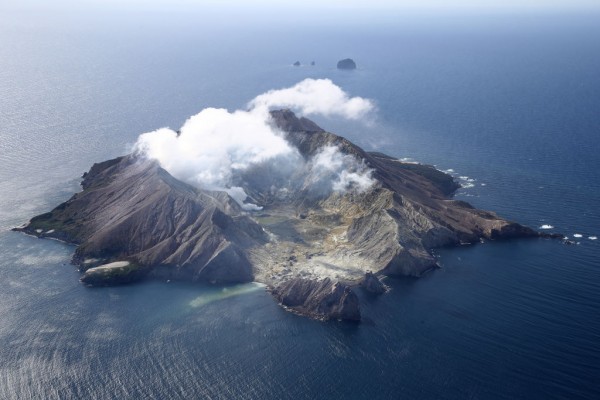 A Special Mix Under the Australian Crust

The results of their study are published in the journal Science Advances on Wednesday, December 16. Dr. Mather's team reviewed hundreds of eruption events in the Australian east coast, from North Queensland, Tasmania, across the Tasman, to Zealandia's largely submerged continent. The University of Sydney geoscientists emphasized the more recent volcanic activity peaks, i.e., those from 20 to 2 million years ago.

"Under our east coast, we find a special volatile mix of molten rock that bubbles up to the surface through the younger, thinner east coast Australian crust," Dr. Mather noted in an article from the University.

"Most of these eruptions are not caused by Australia's tectonic plate moving over hot plumes in the mantle under the Earth's crust," explains Dr. Maria Seton, co-author from the School of Geosciences and EarthByte group.

Researchers observed that volcanic activity peaks occurred as the same as sea-floor materials we pushed under Australia from its eastern side by the Pacific plate in a process called subduction.

Not An Isolated Event

In the subduction event under Australia and the Pacific plate, seafloor material is pushed under the Australian continental shelf, with researchers noting that it begins at the Tonga-Kermadec Trench. However, it is not unique to the east coast.

"What sets the east Australia-Zealandia region apart is that the sea-floor being pushed under the continent from the western Pacific is highly concentrated with hydrous materials and carbon-rich rocks," Dr. Mather added. "This creates a transition zone right under the east coast of Australia that is enriched with volatile materials."

The explanation provided by the University of Sydney research team also improves previous models that suggest volcanoes in Victoria were created by convection eddies in the Earth's mantle being close to the trailing edge of the continent's tectonic plates.

Dr. Mather also said that their model could help explain other intraplate volcanic regions in other parts of the world - the Western US, Eastern China, and the Bermuda regions.

Check out more news and information on Volcanoes on Science Times.