How to Reduce Carbon Footprint: Easy Ways to Fight Climate Change on 2021

There will be overwhelming climate change. Science is complicated because there are quite many unknowns when it comes to potential effects.

While meaningful changes would take an intervention on a global scale, there are decisions you can make to reduce your impact on the world in your everyday life. This guide is going to take you through sure of them. 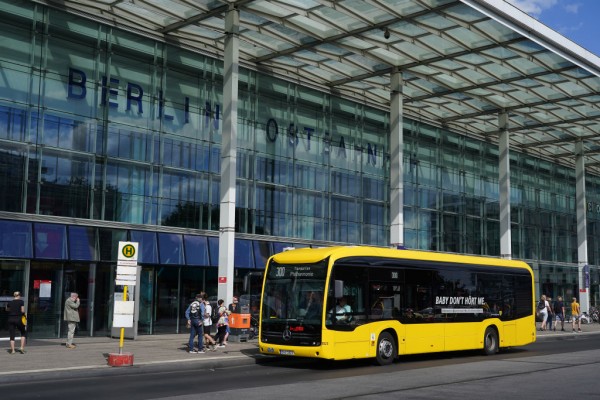 (Photo: Sean Gallup/Getty Images)
BERLIN, GERMANY - JULY 21: An electric bus of the BVG Berlin public transport authority arrives at a bus stop at Ostbahnhof railway station on July 21, 2020, in Berlin, Germany. The city of Berlin is expanding its fleet of electric buses to have 250 running by the end of 2021 and have its entire fleet be solely electric within ten years. Cities across Europe are pursuing measures to decrease their carbon footprint and rein in global warming.

What is a carbon footprint?

Carbon footprint is the cumulative sum of greenhouse gas emissions from the production, use, and end-of-life of a good or service.

Usually, most of the person's carbon footprint would come from transportation, homes, and food.

By measuring your carbon footprint here, you can begin the method. The following would need you to know about:

Here are several ways that might help you reduce your personal carbon footprint, regardless of how you scored.

Stop (or reduce) eating meat. That is the main key you will take to address climate change. This could make a significant difference actually to restrict your meat intake.

People need more than 5,000 gallons of water to get a regular pound of beef. As the world's number one freshwater user, animal agriculture is dramatically raising the water shortage crisis.

So, while we frequently speak of reducing our dependency on fossil energy, and this is also extremely necessary, the worst perpetrator is barely mentioned.

There's no reason for you to become a vegetarian. However, consuming meat less often is going to benefit the world more. Don't neglect to remind others: the link between food and many people still do not understand climate change.

Have the devices unplugged

You may be shocked to find that when they all devices suck electricity, EVEN though you shut the equipment down. Vampire power alone in the U.S. is liable for consuming up to $19 billion a year in electricity. It draws electricity if you plug a cable into an outlet.

So even if your system doesn't charge, you also add to the carbon footprint.  Easy remedy? Keep the devices unplugged unless you need them.

Choose to cycle, ride, or take the subway, leave the vehicle at home, and with instant outcomes, you can make a simple choice. Many individuals, particularly with bike lanes being more widespread, prefer to bike to work. Some cities are finally investing in the requisite facilities to make it simpler not to own a vehicle.

In the United States, there are over 65 million cyclists. That is a figure that has grown significantly over the last five years.

Increasing demographics have made it more important than ever for reliable mass transport. Alternatives such as buses, rapid transit, subways, and trains continue to expand.

Most large clothing stores practice what is regarded as "fast fashion" at low costs. This culture offers an infinite cycle of must-have trends. Heaps and heaps of clothes, mostly to justify purchasing the new models, end up in the garbage.

We're talking about around 15 million tons of clothing waste. With quantity over consistency, quick fashion stores will charge virtually zero for mass-produced products.

They drive these garments to the market by having other trend loops or seasons. It used to be four a year, and now it's mostly 12 to 15.

The problem of pollution is also present: almost half of our apparel is made of cotton.

There is a substantial risk that genetically engineered cotton is sprayed with tons of chemicals because it is branded as organic cotton (including known carcinogens).

As if that's not enough, a sector also mostly funded by child labor is quick fashion.

The planting of certain greens is a fast and straightforward way to reduce your carbon footprint, whether you live in a house or an apartment. We also recognize that plants consume carbon dioxide, a positive human interaction that we can all strive to nurture.

Because of large paved fields, concrete structures, and high human traffic, cities appear to be hotter than rural areas.

We can alleviate this impact by providing more spaces for vegetation, grasses, and trees, which can contribute to better cooling, which will be a must with a worsening climate change.

You can also help prevent the impact of "heat island" by growing shady trees, or even try a green roof or community garden.

Anyone can make these practical improvements. These are simple to enforce and are instantly efficient at growing the carbon footprint. Ultimately, our behaviors and decisions make an impact, and we all bear the duty to do whatever we can, large or tiny, to combat climate change.

ALSO READ: Organic Meat Is No 'Greener' Than the Rest of the Meat