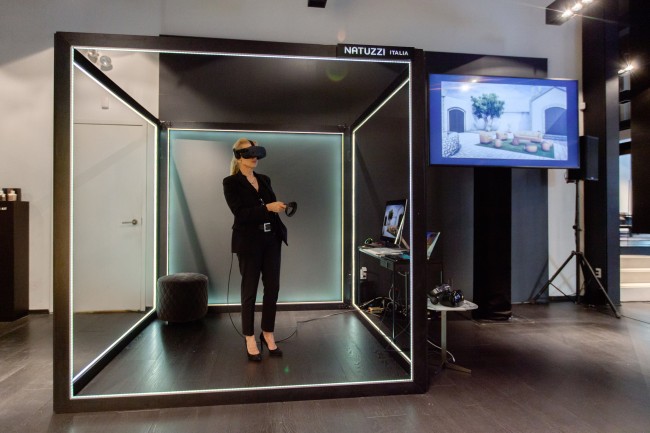 (Photo : Photo by Ronald Patrick/Getty Images) MEYRIN, SWITZERLAND - SEPTEMBER 14: a part of the LHC tunnel is seen during the Open Days at the CERN particle physics research facility on September 14, 2019 in Meyrin, Switzerland. The 27km-long Large Hadron Collider is currently shut down for maintenance, which has created an opportunity to offer access to the public. CERN, the European Organization for Nuclear Research, is the world's largest laboratory for research into particle physics.

Who is Maryam Tsegaye?

From a young age, Maryam Tsegaye was an inquisitive child. Early in her childhood, she would ask questions like: why the seasons change, why planets revolve in orbit, and why things are the way they are.

In an interview with Atlanta Black, she states, "Any 5-year-old asks why. But not many 5-year-olds get encouraged to ask why..."

The 17-year-old high school senior from Alberta Ecole McTavish High School explained the mysteries of quantum tunneling and broke it down into more understandable concepts.

Because of her light-hearted video on quantum tunneling, she won $500,000 in the 2020 Breakthrough Junior Challenge. In her submission, she discussed said subject using video game cheat codes and concepts that allowed her to appeal to younger audiences.

According to the Canadian Association of Physicists, Maryam Tsegaye's explanation was easy to follow, had humor, and told in a personable manner.

ALSO READ: Superwalkers: A New Innovation in the Field of Quantum Mechanics and Classical Physics

Quantum mechanics deals with the behavior of particles in hopes of furthering our knowledge of the unknown.

According to the Royal Society of Chemistry, quantum tunneling is a particle's ability to pass through energy barriers even when they don't have the energy to surpass the obstacles.

Despite the concept contradicting much of what we know in Physics, today we understand that this phenomenon is fairly common in the quantum world. Without them, semiconductors, diodes, and transistors would not be able to work.

How Does Quantum Tunneling Work?

In spite of its name, quantum particles do not use a tunnel. The term connotes that particles bore their way through walls. But in reality, the wave-like function of particles allows them to surpass energy barriers.

Simply put, it is easier if we use the currency of probability which is favored in quantum mechanics. Instead of looking at particles as a solid object with defined mass and structure, it is better to see them as an oscillating wave where its amplitude represents the probability of finding a particle at a certain place.

When waves encounter barriers, it does not end abruptly. Instead, it oscillates and continues inside to the far side of the buried, albeit with a smaller amplitude.

In short, quantum tunneling is the probability of locating a particle on the far side of an energy barrier. Lighter particles and smaller barriers are more likely to exhibit this phenomenon.

The common phenomena of quantum tunneling are, in part, responsible for our modern-day technology. Not only is it responsible for the diodes and semiconductors in our phones and cars, but it also described radioactive decay.

Check out more news and information on Quantum Mechanics on Science Times.