Researchers recently discovered an antibody that stimulates teeth regrowth. By deterring the action of a gene identified as USAG-1, the said antibody increases certain growth factors' availability and could eventually contribute to people's growth of a new set of teeth.

In an article posted on IFL Science, false teeth were described to be a thing of the past because of this latest discovery.

Publishing their study in the Science Advances journal entitled "Anti-USAG-1 therapy for tooth regeneration through enhanced BMP signaling," a research team described how they genetically altered mice to suffer from what's described as tooth agenesis, where a number of teeth fail to develop.

Injecting pregnant mice from this line with the USAG-1 though, led to the normal development of teeth among their offspring.

Furthermore, a single administration of the antibody resulted in the growth of an entirely new tooth in regular mice.

ALSO READ: Biting Into Ice Cream Gives Us That 'Awful Jolt of Pain' and Researchers Tell Us Why 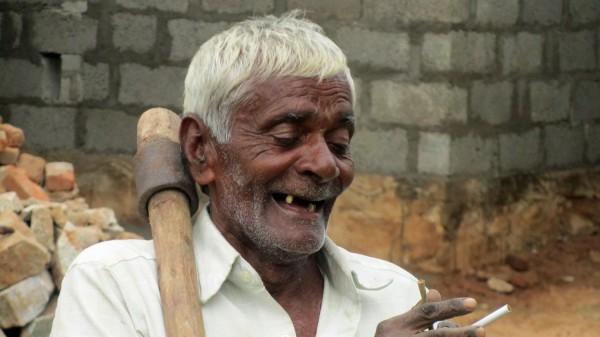 (Photo: Peter Wieser from Pixabay)
A study specified that even though the normal adult mouse comprises 32 teeth, roughly one percent of the population has more or fewer because of congenital conditions.

The study authors decided to target the USAG-1 gene since it is known to stop a pair of signaling molecules identified as BMP and Wnt, both of which are involved in the development of teeth.

Nevertheless, since these compounds also regulate the growth of a wide range of other organs, interfering with them can generate an array of severe side effects.

During their experiments, the researchers tested a number of various monoclonal antibodies that modify the USAG-1 gene's ability to interact with both BMP and Wnt molecules, though many of these yielded severe adverse effects.

Eventually, though, they hit upon a specific antibody that prevented the gene from binding with BMP, although it had no effect in Wnt.

The researchers, in doing so, were able to stimulate the growth of the tooth minus the production of any other unwanted impacts.

Based on the research finding, the study investigators concluded that USAG-1 inhibits teeth growth by binding to BMP and thus, decreasing its activity.

Study author Katsu Takahashi explained in a statement that they knew that suppressing USAG-1 is benefiting tooth growth. What they did not know, he added, as if it would be enough.

Yet the study findings specify that inhibiting the activity of the gene enables for an adequate rise in BMP for the new teeth' growth.

While this approach is nowhere close to ready to be tried on humans, the study authors did test the antibody on ferrets.

These animals have the same dental patterns as humans, and like the latter-mentioned, are diphyodont. This means that they have a set of milk teeth than adult teeth replace later on.

A Medical Xpress report specified that even though the normal adult mouse comprises 32 teeth, roughly one percent of the population has more or fewer because of congenital conditions.

Researchers have discovered the genetic causes for cases with too many teeth as hints for producing teeth in adults.

Findings specified that the treatment is just as effective for the said animals, with one dose of the antibody stimulating the production of a whole tooth.

This proposes that the approach may for humans, as well, although several safety concerns will need to be overcome prior to their trial.

For the time being, the study investigators said, they are currently planning to repeat the experiment on other mammals like dogs and pigs, among others.

A similar report is shown on Rajamanickam Antonimuthu's YouTube video below:

Check out more news and information on Oral Health on Science Times.