A recent study warns the countries under the Paris Climate Agreement of an uncontrollable rise in sea level. If the treaty isn't fulfilled, many will perish from the melting ice shelves of the Antarctic. The Paris climate pact holds every country under the agreement responsible.

According to the published study "The Paris Climate Agreement and future sea-level rise from Antarctica" on Nature, for the next few years, sea levels will increase twice because of the melting ice sheets. This is a possible effect when temperatures exceed 2°C, and an increase of sea level will escalate fast for up to 25 centimeters. However, if countries can help reduce the temperature, the expected sea level will lessen.

Being careless and inability to track greenhouse emissions will dramatically melt the now unstable Antarctic. As a result, the sheets from the peninsula will collapse and add up to the volume of seawater, SciTech Daily reports. 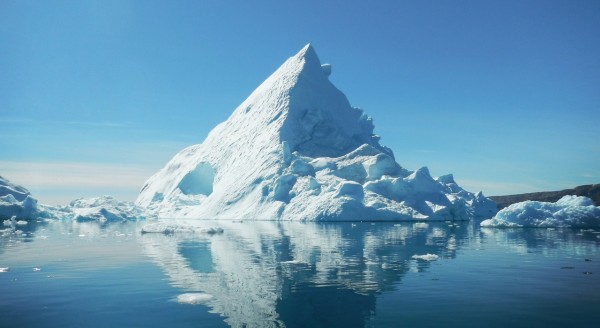 United Nations Framework Convention on Climate Change is established to fulfill Earth's needs against climate change threats. The main interest of UNFCCC is to stabilize and decrease greenhouse gas. Among the UN general assembly projects is the 2015 Paris Agreement, which sought support from different countries to limit global warming.

According to the Paris Agreement, the preferred limit to control global warming increase is below 2 degrees Celsius. To carry out the success of this goal, countries must curb greenhouse gas emissions. The agreement is one of the most comprehensive treaties on climate change yet because positive changes will take effect if it is fulfilled as soon as possible.

The treaty requires partner nations to contribute towards a balanced economic and social transformation. Through the nationally determined contribution (NDC), the assistance includes studies and recommendations from many countries to fight against climate change.

In addition, the Paris Agreement recommends to countries submit their action plan towards the decrease and increase of greenhouse effects and adapt to resilience. The agreement works through the support of countries in the means of technical and financial efforts to countries in need.

Based on another study published on Nature entitled "Projected land ice contributions to twenty-first-century sea-level rise," researchers imply that the warming will take effect any time soon. If the extreme temperature rise is not considered, glaciers will melt, and a rise in sea level will be evident by the year 2100. The research finds that 1.5 to 2 degrees Celsius is enough to cut the predicted measures on water level rise. With that said, further efforts must take place to limit global warming.

According to the University of Anglia, the principal subject the brings harsh effects to Antarctica is our own ozone. With the layer depleting, balance on the atmosphere is agitated, forcing greenhouse gasses to redirect to polar winds. The repercussion is proven by observing the Antarctic's Larsen C, the shelf of the peninsula with the most excessive melt rate.