The four astronauts who arrived at the International Space Station (ISS) on SpaceX's Crew Dragon Endeavour for the Crew-2 mission will reboard the spacecraft for a short voyage to relocate it from one docking port another on July 21, 2021.

It will be the first time in space mission history that two distinct US commercial spacecraft designed for the crew would dock to the microgravity laboratory at the same time.

The live coverage will begin at 6:00 a.m. EST on the NASA app, NASA TV, and NASA's official website. 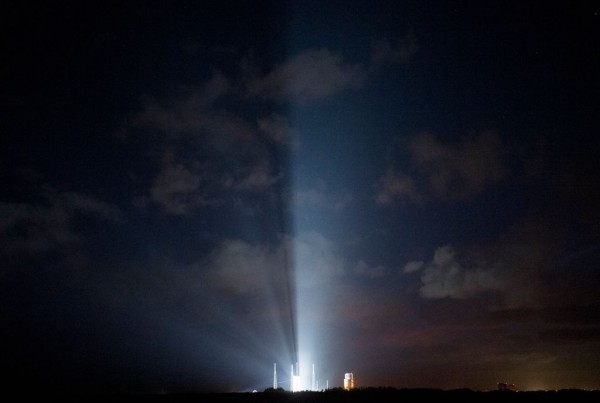 (Photo: Joel Kowsky/NASA via Getty Images)
CAPE CANAVERAL, FL - DECEMBER 18: A United Launch Alliance Atlas V rocket with Boeings CST-100 Starliner spacecraft onboard is seen illuminated by spotlights on the launch pad at Space Launch Complex 41 ahead of the Orbital Flight Test mission, Wednesday, Dec. 18, 2019, at Cape Canaveral Air Force Station in Florida. The uncrewed Orbital Flight Test will be Starliners maiden mission to the International Space Station for NASA's Commercial Crew Program. The mission, currently targeted for a 6:26 a.m. EST launch on Dec. 20, will serve as an end-to-end test of the system's capabilities.

The spacecraft will land in the Space Station's port once more at 7:00 a.m. EST.

As part of NASA's Boeing Orbital Flight Test-2 mission, the CST-100 Starliner is set to launch on July 30.

The voyage will also put the Starliner spaceship to the test, including its stability after re-entering the atmosphere, docking robustness, and desert landing.

According to NASA, the mission will offer information on Boeing's crew transportation system. It will also assist NASA in certifying Starliner and United Launch Alliance's Atlas V rocket for frequent trips to and from the International Space Station.

The Crew Dragon spacecraft will be transferred for the second time. NASA's SpaceX Crew-2 mission launched from the Kennedy Space Center on April 23 and docked safely with the International Space Station on April 24.

Crew-2 is the second of NASA and SpaceX's six certified crew trips scheduled as part of the Commercial Crew Program. Market Screener said the Crew-2 would return to Earth in November.

When the Crew Dragon Endeavour crashed in the Gulf of Mexico with astronauts Bob Behnken and Doug Hurley aboard as part of test flight Demo-2 in 2020, it became the first spacecraft to complete a mission with a crew on board.

The mission marked the first time the space agency has sent astronauts into space from the United States since 2011, and it opened the way for Crew-1, which launched in November.

Crew-1 and Resilience have both returned to Earth, but Crew Dragon Endeavour and Crew-2 remain in space.

SpaceX has announced that it plans to deploy Resilience once more to launch Crew-3, but it also plans to use it on a private mission to orbit the Earth by attaching it to the Inspiration4 spacecraft, slated to launch in September.

Orlando Sentinel said Crew-2 onboard Crew Dragon Endeavour would return to Earth and land in the Gulf of Mexico as soon as Crew-3 arrives at the International Space Station.

NASA noted that the next crew rotation will take place in mid-2022 following the SpaceX Crew-3 flight but that the mission's Boeing participation would be announced in the coming months.

RELATED ARTICLE: Why is US Space Force Paying SpaceX $316 Million Per Launch Amid Recent Decision to Launch Reused Rockets?