Boeing's astronaut taxi had cleared a significant roadblock on its way to the International Space Station on July 30.

According to NASA and Boeing personnel, the CST-100 Starliner capsule has passed its flight readiness review (FRR) for the scheduled liftoff, which will kick off the uncrewed Orbital Flight Test 2 (OFT-2) trip to the station on July 22.

"After reviewing the teams' data and the readiness of all the parties, everybody said 'go' for the launch today and moving out for the mission," Kathy Lueders, associate administrator of NASA's Human Exploration and Operations Mission Directorate, said per Click Orlando. 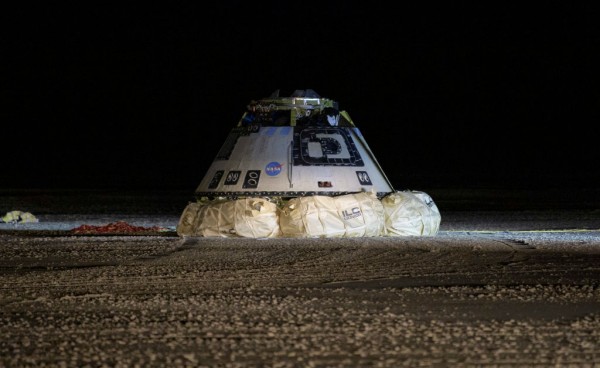 The launch of a United Launch Alliance Atlas 5 rocket from the Cape Canaveral The Force Station is scheduled for 2:53 p.m. ET on Friday, roughly when Earth's rotation brings pad 41 into the plane of the space station's orbit.

Starliner was built with assistance from NASA's commercial crew program, which was created to assist in developing American private spacecraft capable of filling the crew-carrying shoes left by the now-defunct space shuttle fleet.

The program chose Boeing and SpaceX for this job in 2014. SpaceX has previously launched three crewed missions to the International Space Station for NASA. The past two are fully operational, contracted flights. The first SpaceX astronaut mission, which launched in May 2020, was a test trip.

However, Starliner is not yet ready to transport astronauts; it must first demonstrate that it can safely and successfully travel to and from the orbiting lab. Boeing has previously attempted this critical uncrewed mission once, with the launch of OFT-1 in December 2019.

During the voyage, however, Starliner encountered several significant problems and could not link up with the station as scheduled. Last year, NASA conducted two OFT-1 assessments, which discovered a total of 80 corrective actions that Boeing required to complete before the Starliner could fly again.

Given the results of the FRR, which took place today at NASA's Kennedy Space Center (KSC) in Florida, the aerospace giant has addressed all of those issues.

ALSO READ: Starliner: 'Rosie the Rocketeer' to Launch on Boeing's Next Spaceship From Cape Canaveral

Boeing and NASA teams "gathered to hear presentations from key mission managers as part of an in-depth assessment on the readiness of flight for Boeing's CST-100 Starliner spacecraft and systems, mission operations, support functions and readiness of the space station program to support Starliner's mission to the microgravity laboratory," NASA officials wrote in an update today.

If everything goes according to plan, the reusable spacecraft will perform an automatic rendezvous with the lab complex before docking at the Harmony module's forward port sometime after 3 p.m. the next day. Five days later, the ship set sail for a parachute landing in White Sands, New Mexico.

"So from the standpoint of how important is this to the Boeing company, this is extremely important," John Vollmer, vice president and program manager of Boeing's commercial crew program said per CBS News. "This is a serious and unforgiving business, so we take it very seriously. It's extremely important to us that we're successful on this flight."

The Boeing and NASA teams have worked side by side for the past 18 months to resolve numerous issues, to go through and closeout requirements, he added.

NASA has given Boeing and SpaceX contracts to deliver commercial crew capsules to ferry humans to and from the International Space Station, ending NASA's reliance on Russian Soyuz spacecraft for low-Earth orbit transportation.

SpaceX designed and built a crewed version of its Dragon cargo ship that goes into orbit atop the company's Falcon 9 rocket under a $2.6 billion deal. The Starliner, which is being developed under a $4.2 billion deal, relies on the Atlas 5 to orbit.

SpaceX has now sent two four-person crews to the space station for long-duration stays after completing two test flights of its Crew Dragon capsule, one unpiloted and one with two NASA astronauts on board.

In December 2019, Boeing conducted an unpiloted test flight of its Starliner capsule, but serious software issues and a communications failure delayed a rendezvous with the station, nearly resulting in the spacecraft's destruction.

The first crew is anticipated to fly aboard a Starliner before the end of the year, assuming the flying test goes smoothly. OFT-2 is a significant step forward for both NASA and Boeing.