SpaceX and Tesla CEO Elon Musk claimed that his firm might be ready to fly to the Moon in the next three years.

Musk responded to a question about the timeframe on Twitter on Saturday, saying that SpaceX's lunar lander will be ready for its moon trip "probably sooner" than 2024.

Artemis, a NASA program, will launch humans, including women, to the Moon in 2024. If Musk's long-term goals are achieved, SpaceX will build a reusable lander called Starship to ultimately transport humans to Mars.

Elon Musk to Send Humans to Moon "Probably Sooner" Than 2024!

In response, Elon Musk was contacted by Twitter user Everything Artemis (@artemis360_moon). This unofficial account follows news about the Artemis Program.

Everything Artemis noted that NASA began its SpaceX Lunar Lander Payments and hoped SpaceX would work quickly. Hence, the netizen asked Elon Musk if he is already preparing the Lunar Starship for its mission this 2024. Elon Musk said: "Probably sooner."

The SpaceX HLS idea is a modified version of the Starship, developed at SpaceX's launch site in Boca Chica (together with the Super Heavy rocket). According to the newest mockup and earlier remarks by Musk, the HLS Starship will have a larger cargo capacity since it will not require heat shields, flaps, or huge gas thruster packs.

NASA is currently attempting to go back to the Moon by 2024. They'd had to rush things, reprioritize some mission aspects, and rely on contractors (namely SpaceX) to help fill in the gaps. They've teamed up with the ESA and other space organizations to see this through. In contrast, Russia and China have teamed up to establish a rival lunar exploration and colonization program. 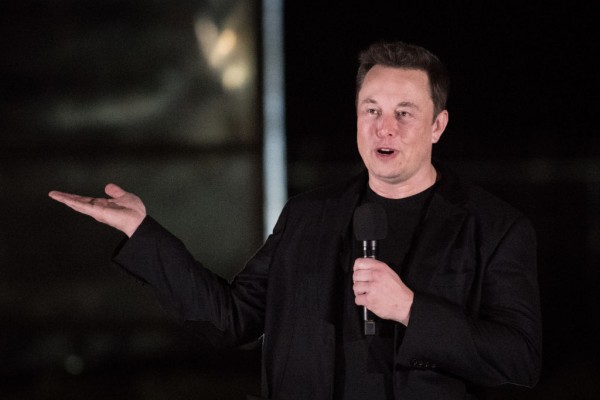 Blue Origin contested SpaceX's victory and sued NASA, while Dynetics objected to the space agency's verdict. At the end of July, GAO dismissed the protests. On July 30, the day the Blue Origin and Dynetics objections were denied, Tesmanian said NASA paid SpaceX $300 million of the entire $3 billion contract allocation.

Universe Today said Musk offered SpaceX's assistance here, stating that they could get this other critical mission component ready sooner. Of course, there are the well-publicized delays that have dogged the Space Launch System (SLS) and the Orion capsule from the start. As a result, it's been suggested that NASA contract out the responsibility of returning the Artemis crew using the Starship and Super Heavy.

Although no launch date has been established, SpaceX is preparing for Starship to make its first orbital journey worldwide. The ship has been placed through its paces, with remarkable results, but a few early prototypes have blown up.

The Starship and its booster rocket are over 400 feet tall if assembled. If you add the pedestal, the Statue of Liberty rises nearly 300 feet tall.