Radiation can be found anywhere in the entire galaxy. Radiations even vary from their intensity. This material can be hard to detect, especially if there are no proper instruments to examine an affected subject in the first place. Most radiations can be harmful, and if not attended, could cause severe damage to materials and even humans.

Astronauts have found radiation to be the most challenging threat in their missions outside the planet. It is well-known fact radiation outside Earth's protective sheet or atmosphere is much more dangerous than the radiation we can measure here on the surface. With that said, astronauts constantly experience spaceflight hazards, as they are highly exposed to the intense radiation rates in space, where there are no massive radiation repellants, and there is no distinctive clue as to when radiation will strike. 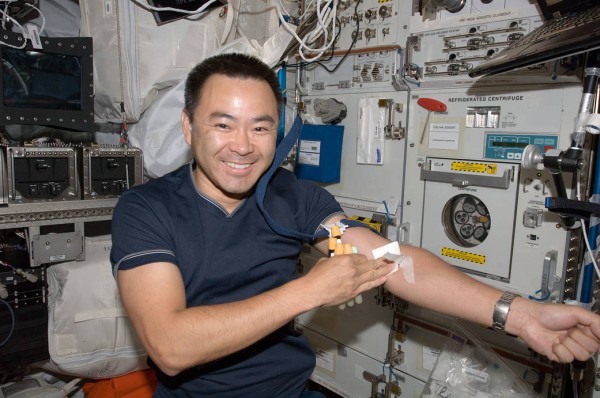 NASA developed a potential solution to predict harmful radiation outside space emitted to the astronauts in space. Among their key interests is determining other factors that might be vulnerable to cosmic radiation when astronauts are on missions, including age, gender, and other data. Another aspect they were eyeing is the destructive effects of the radiation on the astronauts' health and chromosomes structure.

Earth's magnetic field and the atmosphere are an effective shield against the intensity of various cosmic radiations from solar flares and other celestial bodies. According to SlashGear, the International Space Station is among many low orbit missions and crafts that are still reached by the protective measures of Earth's magnetic field. Moreover, the ISS is also equipped with its own shielding technology programmed to maintain the right and exact time of astronauts when they hover outside the station and into the void.

NASA conducted key phases that will allow astronauts to be assessed and prepared against harmful space radiations. Before going on a mission, astronauts had their blood cell samples taken to compare their chromosomes once they return. Next, the blood samples are then exposed to gamma-ray radiations to understand the capacity and sensitivity of blood cells to be intact under high radiation levels. With this phase, experts will know the vulnerable properties of chromosomes. The last phase will compare the harnessed chromosomes and the samples from the same astronauts that landed on missions.

ALSO READ: Black or Latte? Not Your Coffee, but the Universe: Experts Reveal Average Color of Universe

According to the study, chromosome stability is quite lower in older astronauts compared to younger crewmembers. Apart from the baseline chromosome irregularity issues, older folks have a much more sensitive chromosome structure than the young ones, as they had alterations significantly evident.

In conclusion, older astronauts who go on space missions are more sensitive to radiation, implying a higher risk of negative conditions to their health and chromosome build. But in a surprising observation, younger astronauts are more prone to long-term health impacts from radiation. The investigation was published in the journal Scientific Reports, titled "Predicting chromosome damage in astronauts participating in international space station missions."

The study was conducted by ISS Medical Monitoring, led by NASA Johnson Space Center expert Honglu Wu and other scientists, including retired NASA statistics specialist Alan Feiveson. The experiment was made possible with the help of over 40 space station crew members.

RELATED ARTICLE: Morning Star Greets Earth With Love: When to Spot Venus in 2021