Alzheimer's disease, asthma, Human Papillomavirus infection, and other diseases could someday be treated. Vaccines and medicines are currently being examined for their efficacy in treating the said health conditions.

As specified in a report from The Sun, COVID-19 is not the only big health story to occur in the last two years. Behind the scenes, researchers all over the world have been working on medical trials along with the hope of discovering treatments for major diseases.

More so, there have been dozens of major discoveries and developments that could save billions of lives, not to mention the manner diseases are cured forever.

Just this month, the vaccine for the Human papillomavirus infection (HPV) could eliminate cervical cancer within the succeeding few days.

A report from "asthma to Alzheimer's and cancer to infertility" indicated that vaccines and medicines could eventually end some of the most typical, not to mention, fatal conditions today. 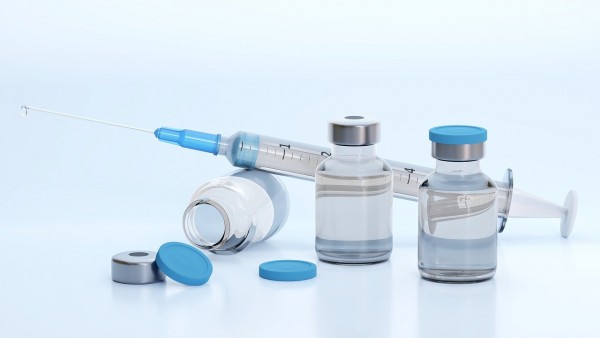 (Photo : MasterTux on Pixabay)
From ‘asthma to Alzheimer’s, and cancer to infertility,’ vaccines and medicines could eventually end some of the most typical, not to mention, fatal conditions today.

Super Drugs Against Asthma and Cancer

Any individual suffering from asthma is aware of how incapacitating it can be, to get such a diagnosis. Yet, over five million individuals in the United Kingdom are asthmatic, Global Herald specified in a similar report.

Nevertheless, a brand-new medicine, already authorized for use by the National Health Service, is set to transform the lives of many people who have the condition, resulting in less frequent and less severe attacks.

As for Cervical cancer, it's killing more than two women every day in the UK, causing the death of approximately 850 deaths every year.

King's College London researchers discovered the HPV vaccine cut cases by 90 percent. The jab, which was initially rolled out to teenage girls in the UK in 2008, then to boys in 2019, helps prevent HPV, which is responsible for almost all cervical cancer conditions.

In this research published in the Lancet, women who received some of the first doses were tracked and found it stopped an approximated 17,200 pre-cancer conditions and 450 cases in women in their 20s.

According to Michelle Mitchell, chief executive of Cancer Research UK, it is a historic moment to see the first study presenting that the HPV vaccine has, and will continue shielding women against cervical cancer.

Additionally, a new antibody-based therapeutics developed by researchers in the UK and Germany could soon produce a vaccine that prevents Alzheimer's disease.

In a similar report, Tribune Times said, degenerative condition is believed to have resulted from a protein type, sticking to brain cells. The researchers were able to activate the immune system to generate antibodies, which targeted the said protein type before it got deposited.

Professor Mark Carr, the team leader at the University of Leicester, said it has the real potential to offer an effective cure for Alzheimer's employing therapeutic antibodies and underscores the probability of a simple vaccine.In the meantime, year-long research has begun in Norway Alzheimer's patients will be given a blood transfusion extracted from runners.

Lastly, the researchers are hopeful that the chemicals released in the blood after running will have an invigorating impact to slow the progression of the disease.

Related information about cancer vaccine is shown on UW Medicine's YouTube video below:

RELATED ARTICLE: Rate of Premature Babies Falls by 90% During Lockdowns Could Be Due to Reduced Stress and Declining Air Pollution