NASA's James Webb Space Telescope is set for launch no earlier than scheduled to enable the observatory's further testing, succeeding a recent occurrence that took place during the said space device's preparations for launch.

As specified in the NASA report, the incident took place during operations at a satellite preparation facility located in Kourou, French Guiana, carried out under Arianespace's overall responsibility.

Technicians were getting ready for Webb's attachment to launch vehicle adapter, which is used to mix the observatory with the Arian 5 rocket's upper stage.

An abrupt, unplanned release of a clamp band, which is securing Webb to launch the vehicle adapter, resulted in a vibration in the entire observatory, CNET specified in a similar report via MSN News. 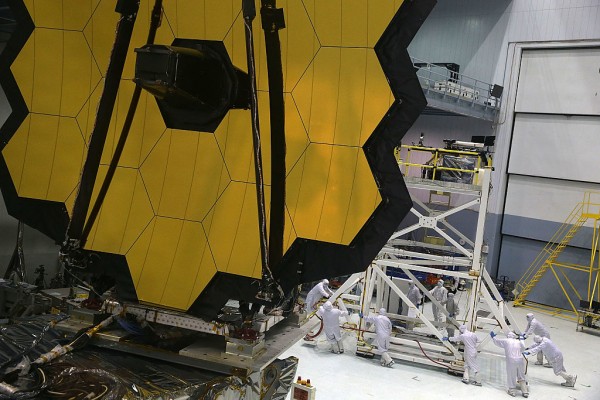 Reason for the Delay

An anomaly review board led by NASA was immediately set up to investigate and found additional testing to identify with inevitability the occurrence did not impair any components.

The American space agency, together with its mission partners will give an update upon completion of the testing at the end of this week.

Webb was originally scheduled for launch on December 18 on the rocket, Arianespace Arian 5 from Kourou, as indicated in the space agency's statement.

In relation to the issue encountered, sensors that could have accurately gauged the vibrations were in place during shipment of the James Webb Space Telescope from California through the Panama Canal, and onto French Guiana, although according to NASA science chief Thomas Zurbuchen, they had been taken out as part of the pre-launch procedure of the telescope.

He added, engineers, are currently analyzing "a small number of subsystems" and are planning to perform functional tests just to guarantee that nothing happened.

The Webb Space Telescope is an international alliance with the Canadian and European space agencies. It is designed to explore each phase of cosmic history, from within the solar system to the most distant noticeable galaxies in the early universe, and things in-between.

Webb will unveil new and unforeseen discoveries, and help humans understand further the origins of the universe, including the place in it.

It will enable researchers to look at what the universe was like about 200 million years following the so-called Big Bang.

In addition, the space telescope will be able to capture images of some of the first galaxies ever formed. It will be able to detect objects in the solar system from Mars outward, look inside dust clouds to find out where new stars and planets form, and investigate the planets' atmosphere orbiting other stars.

Essentially, the solar system is not the only home for planets! In fact, scientists have found thousands of planets that orbit stars other than the Sun.

These thousands of planets are also called exoplanets. The James Webb Space Telescope of NASA will help in the investigation of the atmosphere of exoplanets.

Before NASA provided an update on the launch of the said space telescope, was slated for launch, originally, on December 18, 2021.

Related information about the James Webb Space Telescope's launch is shown on Starlight's YouTube video below:

RELATED ARTICLE: James Webb Space Telescope To Launch With The Largest Telescopic Mirrors Made Of Beryllium