Russia's anti-satellite or ASAT test missions had been a topic for debate in many organizations and even the scientific community following the recent incident when it blew up one of their old satellites known as Cosmos 1408. The testing activity instantly shattered the space junk, but the debris from the whole satellite scattered across space and almost hit the International Space Station. The testing-turned-accident forced the astronauts on the space lab, including the onboard Expedition 66 crew, to hide in their respective hatches and forced an unwanted protocol called safe haven that alarmed the participating countries in the ISS. 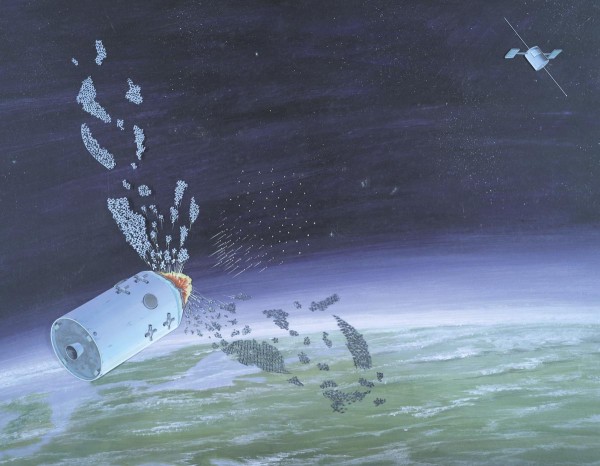 The unfortunate event occurred last Monday, November 15, when the complete 7 of the Expedition 66 crew was at work at the International Space Station. Once the experts received the report about the incoming debris, the crewmates of the said mission were forced to hide on the same spacecraft they used to travel to the space lab.

Thankfully, the space station got past through the cloud of fragments from the old Russian satellite that was targetted by ASAT. Due to the incident, investigations were met, leading the US State Department and the Pentagon to confirm that the floating debris was indeed made by the Russian test, and the effects would be staying for years, if not, decades.

Cosmos 1408, an old Russian satellite, was the main objective of the ASAT mission. Its fragments and debris almost harmed the space station and its international crew, which triggered many government organizations and private enterprises to voice out regarding the matter. Space reported that among the countries that expressed concern are South Korea, Japan, and Australia. Companies including Virgin Orbit also relayed their criticism on the event alongside the governments. The first to acknowledge and give insights on the ASAT-ISS issue was NASA administrator and US State Department authority, Bill Nelson.

ALSO READ: Man Keeps Mysterious Indestructible Rock That Turns Out to be a Scientific Marvel More Precious Than Gold

Virgin Orbit CEO Dan Hart said in their recent statement that human aggression is at play to rattle the 'fragile space environment' we currently have. Hart added that alongside the free space where the ISS belong, the economy, scientific advancements, and even national security are at risk if governments and organizations tolerate the recent aggression-induced incident. The aerospace company emphasized that they are joining the collaborative space community against the malicious, irresponsible, and destructive spectacles on free space.

The Commercial Spaceflight Federation also gave their insights on the issue, stating that the actions that Russia displayed on their ASAT missions are strongly condemning their unwanted endangerment of human life in orbit and other projects on space through the destruction of satellites. The Japanese government pointed out that the test from the Russian space experts was an irresponsible behavior that contradicts the basic ethics from Inter-Agency Space Debris Coordination Committee (IADC) such as stable and sustainable space activities and preventive measures to limit long-term space junks.

The IADC previously strategized a set of guidelines approved by joining countries under the United Nations Committee on the Peaceful Uses of Outer Space or COPUOS.