A study from UC San Francisco researchers assessed how certain triggers, such as caffeine, sleep deprivation, sleeping on the left side, and alcohol consumption, might affect heartbeats. They found that only alcoholic drinks are consistently associated with heart arrhythmia.

They said that knowing the possible triggers of a common heart condition could help reduce the risk of atrial fibrillation (AFib or AF) by avoiding them. The findings of the study, titled "Individualized Studies of Triggers of Paroxysmal Atrial Fibrillation," were published in JAMA Cardiology and presented in the annual Scientific Sessions of the American Heart Association. 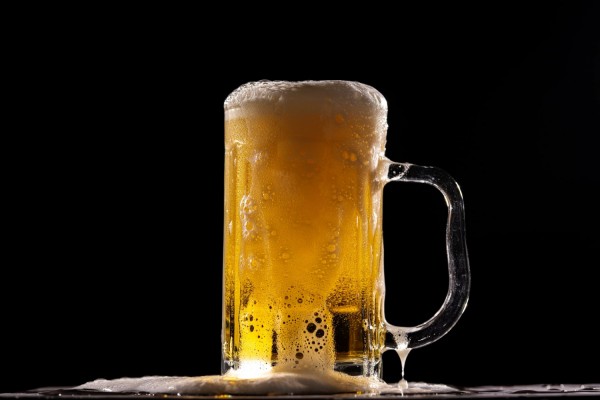 Atrial fibrillation is a heart condition characterized by an irregular and often abnormally fast heart rate. According to the Centers for Disease Control and Prevention (CDC), AFib contributes to 150,000 deaths each year in the US and an estimated 12.1 million people will develop the heart condition by 2030.

Some people with AFib do not usually know that they already have the condition as they do not experience any symptoms. But those symptomatic patients may experience irregular heartbeat, heart palpitations, lightheadedness, extreme fatigue, shortness of breath, and chest pains.

ALSO READ: Chocolate Consumption Could Decrease The Risk Of Heart Flutter If Consumed On A Regular Basis

In 2014, researchers held a brainstorming session that focused on looking for individual triggers for AFib. Medical Xpress reported that this resulted in the creation of the I-STOP-AFib study that enabled 450 people to test any presumed AFib trigger.

Participants used a mobile electrocardiogram recording device along with a mobile application to log potential triggers of AFib, including drinking alcohol and caffeine, sleeping on the left side, not getting enough sleep, engaging in exercise, eating a large meal, or anything else that is related to AFib.

Most participants believe that their caffeine intake triggers irregular heartbeats. However, UCSF researchers failed to demonstrate a relationship between caffeine and arrhythmias. Instead, they found that it may have some protective effect.

On the other hand, researchers found that only alcohol consumption consistently resulted in more self-reported AFib episodes. Findings suggest that avoiding alcohol lessens the chances of experiencing irregular heartbeats compared to other possible triggers. The team said that they hope their study will pave the way for more future studies on the subject that could provide clinically relevant information specific to individuals.

The results of the study support a longitudinal study from researchers at the Karolinska Institute in Sweden in which they followed 79,000 participants for 12 years and looked closely at the effects of alcohol.

According to Cleveland Clinic, researchers found that one to three glasses of alcohol per day is linked to an increased risk of AFib, although no relationship was found with drinking beer. More so, they recorded an 8% increased AFib risk for each additional alcoholic drink per day.

Furthermore, drinking in moderation is also found to have a greater risk of AFib than those who occasionally drank a lot of alcohol in one sitting or those who binge drink. However, researchers said that more studies are needed to confirm this finding.

Nonetheless, both studies recommend not drinking alcohol to stop symptoms of AFib and prevent any long-term damage.

RELATED ARTICLE: Athletes at Higher Risk of Experiencing Heart Condition That May Lead to Stroke

Check out more news information about Heart Health only on Science Times.