Apple will be investing in the construction of two 650-foot-tall onshore wind turbines near the town of Esbjerg, Denmark, the tech giant announced in a press release Thursday, September 3.

The move is expected to advance the Apple commitment of turning its entire business and supply chain 100 percent carbon neutral by the year 2030. 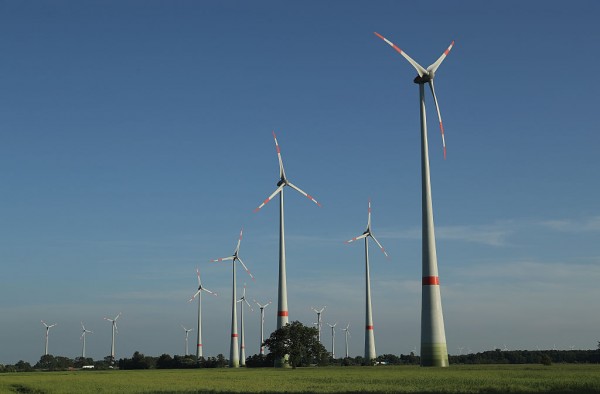 The 650-foot wind turbines will have a capacity of 62 gigawatt-hours annually, equivalent to the power consumption of close to 20,000 homes. However, the onshore wind turbines will be directed to the Apple Denmark Viborg Data Center, a 45,000 square meter facility focused on providing network support and data storage across Europe. The excess energy generated will go to the Danish grid.

Apple also said that the site near Esbjerg will be a test site for powerful offshore wind turbines.

"Combatting climate change demands urgent action and global partnership—and the Viborg data center is powerful proof that we can rise to this generational challenge," said Apple's Vice President of Environment, Policy, and Social Initiative Lisa Jackson. She added that investments in clean energy will also deliver innovations that lead to clean energy, and jobs to local communities.

Apple will be developing the onshore wind turbines together with European Energy, with its CEO Knud Erik Anderson saying: "We are very pleased to work with Apple and look forward to delivering renewable energy to their Danish data center and support the development of green data infrastructure of the future."

Many don't know: #OnshoreWind is the cheapest form of power generation in most of #Europe. #Wind and #solar have achieved significant cost reductions. Locally generated, #wind reduces #electricity prices and #fossil imports.

Apple also noted that one of its suppliers, German-based manufacturer Varta, will also be shifting to the use of renewable energy sources in all its Apple production processes. Varta is the latest Apple supplier in Europe to follow suit in the company's move toward cleaner energy solutions in their respective production methods for Apple.

Other Apple suppliers in Europe to have made the same commitment include fellow German manufacturers Henkel and tesa SE, Dutch company DSM Engineering Materials, Swiss STMicroelectronics, and the Belgian chemical company Solvay. The move is a result of the company's Supplier Clean Energy Program, first launched back in October 2015 to help Apple's suppliers make the shift toward renewable energy.

Last July 21, Apple stated its commitment and its plan towards becoming carbon neutral in its entire business, manufacturing supply chain, and product life cycle by 2030. In its statement, the tech giant looks to every Apple device purchased worldwide will have a net climate impact of zero.

One of the steps taken by the iPhone maker is in establishing what they called an Impact Accelerator - an initiative that steps up investments toward minority-owned businesses. The accelerator falls within the company's $100 million Racial Equity and Justice Initiative, which is a larger effort to address socio-economic problems such as criminal justice, equality, and education. The 10-year Climate Roadmap developed by Apple will include innovations on the following aspects:

Check out more news and information on Apple on Science Times.