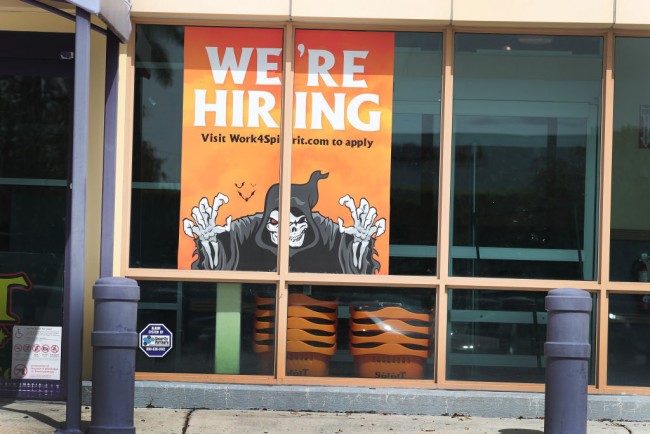 (Photo : Photo by Joe Raedle/Getty Images) MIAMI, FLORIDA - SEPTEMBER 04: A "We're Hiring" sign is seen in a store front window on September 04, 2020 in Miami, Florida. The Bureau of Labor Statistics released a report today that shows the unemployment rate fell to 8.4 percent last month, down from a COVID-19 pandemic peak of 14.7 percent in April.

The global coronavirus pandemic has already taken jobs from millions of Americans, but new data suggests that women might've been hit harder than their male counterparts.

A study published in the August edition of the journal Socius reports the disparity between men and women during the first months of the pandemic. Furthermore, the difference between the genders appeared even in situations where both men and women worked jobs that could be performed at home.

"Life got harder for everybody, but it got a lot harder for women than it did for men," said the University of North Texas sociologist William Scarborough.

To observe the disparity, researchers analyzed data from surveys previously conducted by the US Census Bureau over labor market trends for married heterosexual couples. The survey data were from February and April this year—the month right before and after the stay-at-home protocols were implemented.

From the data, researchers estimate that there are about 250,000 more mothers than fathers left the workforce entirely and not find new jobs.

These disparities remained even when between men and women had jobs that allow telecommuting. Additionally, mothers were forced to take more hours off compared to fathers.

A Segregation in the American Workforce

Scarborough says that there are a number of reasons for these differences between men and women. One of them is that the United States' workforce is largely segregated by sex. Women are mostly concentrated in the service and care occupations that require face-to-face contact. As the stay-at-home orders included the closure of daycare centers and educational institutions, women also had to shoulder more homeschooling and childcare duties compared to the men.

Also, according to the researchers, the data suggests that women are risked with a "triple whammy" that includes the following:

RELATED: We Are Nowhere Near COVID-19 Herd Immunity, WHO Warns

Furthermore, evidence illustrates that women face greater risks of unemployment and labor exit rates than men. It suggests that the COVID-19 pandemic will only serve to exacerbate these inequalities between sex in terms of occupation attainment, lifetime earnings, and their economic independence.

Researchers recommend that governments weigh the consequences of the pandemic and develop policies to support women's employment, especially mothers with children to support.