The Galapagos Sees Record Increase in Its Endemic Penguins and Cormorants

Penguins and flightless cormorants, two species endemic to the Galapagos Islands, have seen a record rise in their populations according to a new study.

A report from the Charles Darwin Foundation summarizes the study conducted last month. Census conducted on the two bird species saw Galapagos penguins increase from 1,451 in 2019 to 1,940 in 2020. On the other hand, flightless cormorant numbers rose from 1,914 to 2,220. 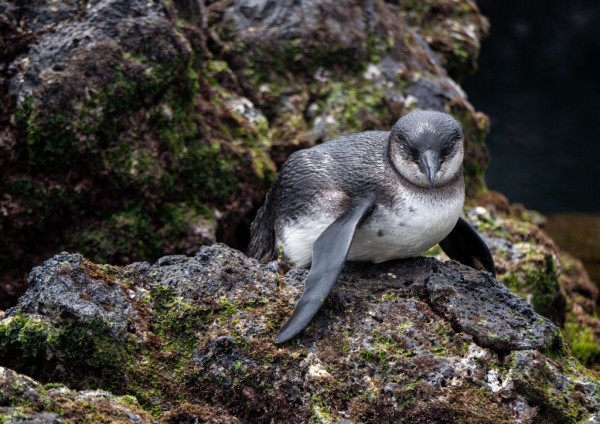 (Photo: Photo by Chris J Ratcliffe/Getty Images for Lumix)
GALAPAGOS ISLANDS, ECUADOR - JANUARY 23: A Galapagos penguin on Isabela island on January 23, 2019, in Galapagos Islands, Ecuador. A growing human population and the influx of tourism on the Galapagos islands have created challenges in conserving the UNESCO World Heritage site and its endemic wildlife. The volcanic archipelago in the Pacific Ocean consists of 13 major islands, 4 of which are inhabited by humans. Much of the Ecuadorian province is protected, but a booming tourism industry has meant the wildlife has had to adapt to a growing human presence.

"The number of cormorants has reached a record number, according to historical data dating back to 1977, while the number of penguins is at the highest since 2006," the Galapagos National Park said in the statement. The GNP collaborated with the Darwin Foundation to conduct the study and the census on the penguins and cormorants.

The main colonies of these birds reside on the Isabela and Fernandina Islands, the largest and third of the Galapagos islands. Colonies are also found in Mariela's islets, a smaller group of islands on the western part of the archipelago.

RELATED: Penguins Can Shoot Their Poop Cannons with a Trajectory of Over Four Feet

According to Ecuador's environment and water minister Paulo Proano, the results of the study show the "good state of health of the population" of these bird species that are thriving at about 625 miles or almost 1,000 kilometers west from the mainland.

Researchers attributed the growth of their population to the presence of La Niña - a meteorological phenomenon that causes Equatorial waters to drop in temperature - that increased food supply for the birds. Another factor cited in the report was the coronavirus pandemic, which restricted tourism in the area and minimized risks of disturbing the local nesting areas.

The Galapagos Islands, an archipelago of volcanic islands around the Equator, got its name from giant tortoises endemic to the island - named Galapagos by the Spanish sailors for its resemblance to a certain type of saddle. It was home to a number of species not found anywhere else in the world. Also, it was the subject of Charles Darwin's studies on the theory of the evolution of species, as a part of the second survey expedition of the ship HMS Beagle.

One of the islands' native species is the Galapagos penguin (Spheniscus mendiculus), notable for being the only penguin species living north of the equator. Despite its location, cold ocean currents that flow along the equator, such as the Humboldt and Cromwell ocean currents, allow them to thrive. Also, it is known as the second smallest penguin species, next only to the South Pacific little penguin. El Niño and human activities have influenced the population's decline, losing almost 70 percent of its population in the 1980s. The Charles Darwin Research Station declared the species endangered in 2004, estimating its numbers to be around 1,500 at the time.

The other species in recovery, the flightless cormorant or the Galapagos cormorant (Phalacrocorax harrisi), is rare in that it is the only cormorant species that has lost its ability to fly, seemingly trading it for improved diving skills, which it uses to hunt prey.

Check out more news and information about the Galapagos Islands in Science Times.