59M Hectares of Forests Have Regrown Since 2000, Soaking Up 5.9 Gigatons of Carbon Dioxide

A report published by Trillion Trees in collaboration with BirdLife International, WCS, and WWF showed over 30 years' worth of satellite imaging of forests from 29 countries and 13 ecoregions and revealed that an area of forests the size of France has naturally regrown since 2000.

That is equivalent to almost 59 million hectares of forests around the world which can absorb and store 5.9 gigatons of carbon dioxide, which is more than the annual carbon emissions of the United States.

Trillion Trees Executive Director John Lotspeich said that "The data show the enormous potential of natural habitats to recover when given the chance to do so. But it isn't an excuse for any of us to wait around for it to happen." 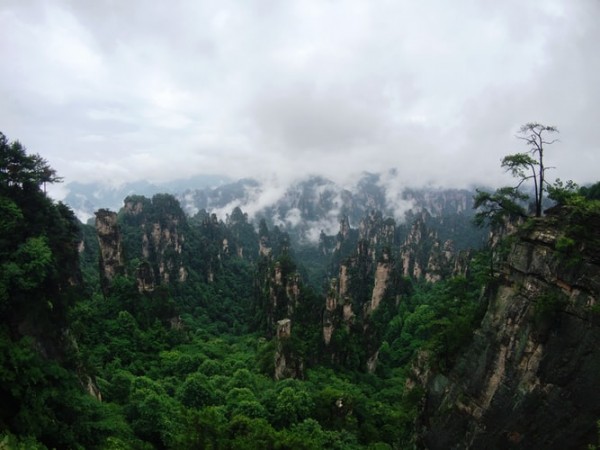 (Photo: Unsplash)
China holds natural wonders just like its Western counterparts but as they’re named in Chinese, many have not heard about these. Zhangjiajie is one of them - the national park and these gorgeous landscapes said to have inspired the movie Avatar. Here captured with a fisheye lens, to fully show the beauty.

Natural forest regeneration involves the restoration of natural woodland with little to no human intervention, IFL Science reported. This could mean doing nothing or planting native trees and fencing off livestock or removing invasive plants to allow natural regrowth of the plants.

WWF's William Baldwin-Cantello said that natural forest regeneration is often cheaper and better for biodiversity compared to actively planting trees in forests. With deforestation happening across the world, the report gives hope to Earth's biodiversity.

For example, in China, the strict compliance of laws implemented by the government to severe dust storms has resulted in the re-emergence of forests in the northeast of Beijing in northern China.

Moreover, the abandonment of agriculture in Brazil's northwestern area has paved way for the resurgence of natural forested areas.

Deforestation Still Persists Around the World

Despite the hopeful findings based on decades of satellite imaging, Baldwin-Cantello emphasized that forest regeneration should not be taken for granted to avoid the adverse impact of climate change. According to BBC News, that means stopping deforestation and restoring natural forests.

"Deforestation still claims millions of hectares every year, vastly more than is regenerated," he said.

Baldwin-Cantello said that the support for natural forest regeneration is crucial to deliver climate change plans and realize the potential of forests as a climate solution.

The joint project of Trillion Trees, WWF, BirdLife International, and WCS are asking environmental experts to help validate their map. Through their project, they advocate planting more trees to effectively reduce carbon emissions from the atmosphere.