'I Choose To Be a Cyborg': Why I Implanted Computer Chips in My Hands

I have computer chips in my hands.

The tiny (2 by 12 millimeters) glass ampules are nestled just under the skin on the back of each of my hands and were implanted by a local body piercer several years ago.

The chip in my right hand is a near-field communication device that I scan with an app on my smart phone to access and rewrite the information I have stored on it. It can contain a minuscule 888 kilobytes of data storage and only communicates with devices less than four centimetres away. In my left hand is a chip designed as a digital verification device that uses a proprietary app from the developer Vivokey.

The implant procedure is neither difficult nor extremely painful. I can feel the bump of the chips under my skin and often invite others to feel it. The bump does not protrude from the back of my hand — if I didn’t tell someone it was there, they would not be able to tell by sight that I had an implant. But they are not undetectable.

An implanted chip can be a secure storage location for emergency contact information, used as an electronic business card, or as an electronic key to unlock your door. I give public presentations and interviews about my research and, as a result, do not store private data on my chip.

IN CASE YOU MISSED IT: AI Wrote An Op-Ed Convincing Humans That Robots Will Not Replace Humans

There are thousands of people all over the world with chip implants; people I call “voluntary cyborgs.”

Voluntary cyborgs are people involved in the community and practice of implanting technology beneath their skin for enhancement or augmentation purposes and I’ve counted myself as a member of this subculture for several years. My research in the community has focused on the formation of a distinct subculture and its representations in popular media.

I coined the term voluntary cyborgs to make a distinction from medical cyborgs, who have had technology — like pacemakers, insulin pumps, IUDs and more — implanted by medical professionals for rehabilitative or therapeutic purposes. I intentionally emphasize the voluntary aspect of the implant practice to stave off inferences of coerced microchipping theories popular with a vocal groups of implant critics and detractors. 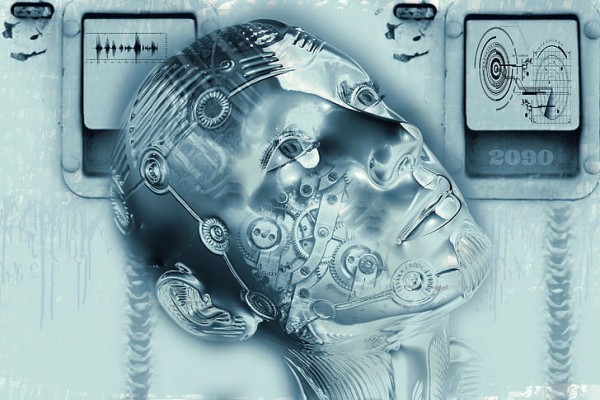 CHECK THIS OUT: Giant Robotic Scorpion Cockpit is the Latest Gaming Chair in Town

Conspiracy theories about microchips in humans have been around for years; some of these theories originate from an interpretation of a Bible passage.

Clickbait headlines and social media hashtags have been making the rounds with increasing frequency in the last few months, describing the fears and conspiracy theories about the involuntary microchipping of people. The latest incarnation of these doomsday prophecies suggests that tech billionaire Bill Gates will employ microchips to fight COVID-19.

The article was inspired by a Reddit Ask me Anything thread with Gates on March 18 that focused on a single phrase: digital certificates. Conspiracy theorists started to make sensational predictions about microchips as a feasible solution to identification verification issues and authenticating vaccination status.

The proliferation of online media articles and posts debunking the claim that Gates plans to surreptitiously implant microchip tracking devices into people as part of a COVID-19 vaccine reinforced the conspiracy theorists.

READ MORE: 5 Companies You Would Never Expect To Utilize AI

These recent conspiracy theories of enforced and involuntary chip implants led me to consider why some people are worried about having computer chips embedded in their bodies against their will.

Research in 2017 showed a quarter of the American population believed in conspiracy theories and are these beliefs are driven by feelings of anxiety, alienation and disenfranchisement.

The right to govern one’s body and what is done to it by others, is not a privilege held by everyone. This realization can come as a surprise to those who want to modify their bodies with technological implants for convenience, fun or experimentation.

Members of historically marginalized groups — women, racialized people, queer people, disabled people and children — are not shocked at this lack of body autonomy. The state, organizations and medical communities have restricted, regulated and governed their bodies for hundreds of years.

One goal of my work is to highlight the struggle for body autonomy through the experience of the cyborg. The right to morphological freedom — to modify one’s body as one desires — is one aspect of body autonomy that cyborgs routinely face.

If cyborgs can win the right to alter their bodies by redefining the boundaries of acceptable body modification, then these rights can extend to other groups fighting for bodily integrity and autonomy. Collaboration with scholars and advocates in disability studies, queer and feminist studies, medical and legal scholars as well as human rights activists is an approach to take.

Recent news of involuntary and forced sterilizations happening in detention camps run by U.S. Immigration and Customs Enforcement (ICE) is horrific and illustrates just one of the abuses of body autonomy that a government can inflict on people — citizens or otherwise.

Implanted chips are not useful for covert surveillance or monitoring. Current available microchip technology is not capable of tracking people’s locations. There are no batteries or GPS transmitters both powerful and small enough to be safely and unobtrusively embedded in our bodies without our knowledge.

There is no need for governments or other shadowy organizations popular with conspiracy theorists to embed tracking devices inside human bodies as our smartphones already perform this function. Most smartphone users signed away any expectation to privacy with various apps and location services long ago.

People say they can always leave their phones at home, but do they really? It feels as though you’re missing a part of yourself when you don’t know where your phone is. The feeling in the pit of your stomach, you pat your pockets, reaffirming your loss through contact with your body. It is already a part of body construct.

I worry chips may be used for overt, unethical suppression of movement by governments. It is why the right to body autonomy must be a legally declared, international human right upheld by courts and governments around the world.