The US Presidential election is just around the corner and online disinformation has disguised itself so cleverly to sway people to believe in fake news.

Some forms of disinformation are designed incendiary memes on different social networks to drive further a wedge on the voters which worries the US Senate Intelligence Committee, especially on Facebook users who might unknowingly share foreign black propaganda, Independent News reports.

But according to the defense think tank, RAND Corporation which was sponsored by the California Governor's Office of Emergency Services, they have already found a way to mitigate the misinformation being shared around social media. 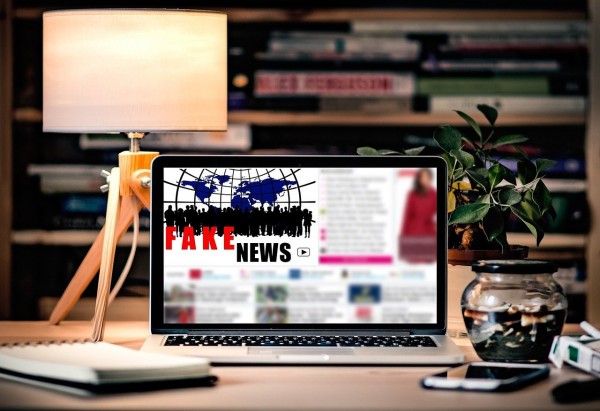 Fake news is everywhere on the internet, and with the presidential elections coming, many are worried that it could affect the results. According to Science Daily, research shows that public engagement with this type of news is greater with legitimate news from mainstream sources which makes social media a powerful platform for black propaganda even from abroad.

RAND Corporation conducted a first of its kind study, although not yet published in a peer-reviewed journal, it involved 1,500 Facebook users from the right- and left-wing of the political aisle.

Participants were shown news headlines and Russian propaganda memes. They were tasked with identifying which ones were real or fake headlines both in instances where the source is a mystery and labeled. Then the participants were asked whether they are willing to share the post or not.

They found that memes often hit their target which causes intense feelings of group bias on either the left- or right-wing groups of American voters who tend to rely on information from either The New York Times or Fox News.

On a positive note, when participants were shown headlines and memes with labels indicating that it came from Russia, they were less like to react positively to the post and share it with their friends and family.

"It is difficult to assess the degree to which revealing the source is a feasible intervention," the authors admit, but that said, their findings suggest there might be "immense value in developing a third-party plug-in that can unmask the source of state-sponsored content."

Slowing Down the Propagation of Fake News Online

The authors said that providing a more generalized warning about Russian propaganda in the meantime is an easier and cheaper way to mitigate the spread of fake news.

Additionally, media literacy is also needed to inoculate some Facebook users against fake news. However, it might not be very effective as it did not have any effect on left-leaning users. Still, the RAND authors believe that warning people on highly suspicious online memes might be useful.

Science Alert reports that this idea should be tested further. It is also somewhat similar to the online 'Bad News' game by Cambridge University which teaches people to think like a propagandist. At the end of the game, 21% of the participants were able to discern now, which is a reliable source from not.

But this problem can simply go away only if social media sites can quickly detect and remove propaganda and fake news. Unfortunately, that is something that they have failed to do right now.

Read More: Testing Your Gullibility: Knowing What to Believe and Not

Check out more news and information on Social Media on Science Times.