Coffee May Help Alcoholics Have a Lower Risk of Liver Cirrhosis

Coffee is one of the most consumed beverages all over the world with flavors ranging from resembling fruits to herbs and roasted nuts. A recent study has linked drinking coffee to a lower risk of liver cirrhosis despite frequent consumption of alcoholic beverages. 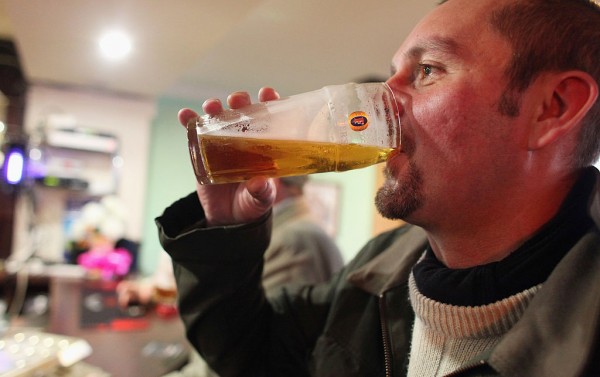 The study by researchers at the Centenary Institute was published in the American Journal of Gastroenterology. In collaboration with the international researchers from the GenomALC Consortium, the study was also supported by the National Institute on Alcohol Abuse and Alcoholism in the United States.

The team searched for risk factors that endangered heavy drinkers of developing cirrhosis. Previous research has already linked factors such as obesity leading to nonalcoholic fatty liver disease as well as nonalcoholic steatohepatitis.

The study included comparing data from over 1,200 cases of people with alcohol-related cirrhosis and 754 controls who consumed alcohol but had no evidence of liver disease. Data had factors including smoking habits, body mass index, and other health conditions.

Dr. John Whitfield from QIMR Berghofer Medical Research Institute and the team discovered that there are also genetic factors of developing cirrhosis, especially from the father's side. There was a significant increase in risk 'increased in individuals if the father was a chronic alcohol user and had died from liver disease,' he said.

Although only up to 15% of high-risk drinkers develop alcohol-induced cirrhosis, their chances of surviving with the condition are only between one to two years, explained Devanshi Seth from the Centenary Institute Alcoholic Liver Disease Research Program. She said that the best way to lower the risk of liver disease was to reduce or abstain from alcohol consumption but also acknowledged that it may be hard for many drinkers.

Timothy Morgan said that middle-aged diabetics were part of the high-risk group of developing cirrhosis. Professor Seth said that maintaining healthy body weight, proper treatment of diabetes, and pre-diabetes, as well as regular coffee consumption, are lifestyle interventions that can help prevent the development of alcohol-induced cirrhosis.

Read Also: The Chances of Getting Liver Cirrhosis Can Now Be Predicted via Blood Test

In another recent study, Seth and other researchers from the Centenary Institute discovered that the FAF2 gene is associated with a lower risk of cirrhosis for heavy drinkers. Seth explained that the FAF2 gene and four other identified genes affect the lipid metabolism pathway.

'The findings are important as due to heavy drinking, it is the build-up of lipid droplets in the liver, that can cause inflammation, and which may then lead to serious liver complications such as cirrhosis in some drinkers,' said Seth.

Morgan said that more research can lead to the 'future development of exciting new drug treatments that can potentially target these specific genes and lipid processes, and reduce the chances of at-risk individuals contracting this devastating disease.'

A special version of espresso: Decaf Espresso is a regular espresso with lower caffeine levels, and can help improve the liver function.

Check out more news and information on Liver Cirrhosis in Science Times.