Millions of people have watched a Texas beekeeper who has been heralded as a 'Bee Whisperer' after a video of her scooping up handfuls of bees to transfer them to a safer place was uploaded online.

According to IFL Science, professional beekeeper Erika Thompson was called into a property that had beehives underneath a backyard shed's floorboards that had been there for around two years.  See related Texas Beeworks YouTube video below.

According to the 'Bee Whisperer' on her video, the landlord wanted to call in eradicators, although the family renting the property wanted the bees to be saved, so they got in touch with her.

And there and then, Thompson founded the Austin-based beekeeping company, Texas Beeworks, with an objective to preserve and protect bees by offering live eliminations that can transfer a hive without damaging the bees or using hazardous chemicals. 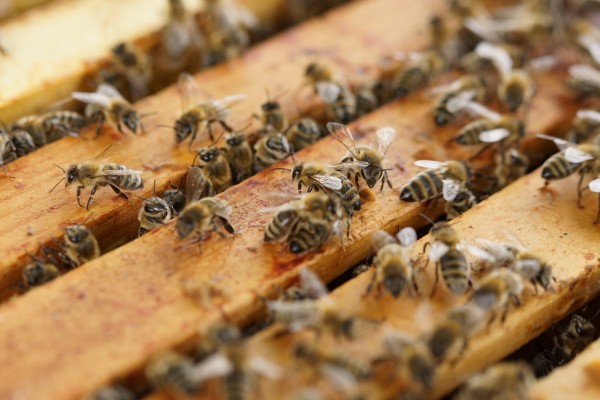 (Photo: RPN on Pixabay)
The ‘Bee Whisperer’ founded the Austin-based beekeeping company, Texas Beeworks, with an objective to preserve and protect bees by offering live eliminations that can transfer a hive without damaging the bees or using hazardous chemicals.

Viewed Over 58 Times on TikTok

As seen on the online video, the hive reportedly in question was quite big that Thompson needed to take out two sections of the floor to get all of the bees.

What appears to have sent online viewers wild, though, is her casually reaching in to pick up portions of the hive and even handfuls of bees and placing them in another purpose-built hive using her bare hands.

This video of Thompson, which has been viewed more than 58 million times on TikTok, has managed to combine what's described as a zenlike calm with applying an activity that will have someone with melissophobia "screaming into a pillow."

Not wearing any protective gear, the 'Bee Whisperer' calmly began to place the combs into the new have and then placed the insects themselves by the new hive, where they all marched in.

Bees from the old hive then started to follow their colony mates in the direction of their new home. To aid this, the said report specified, Thompson kept a lookout for the bees' queen, ultimately spotting and scooping her up in a queen clip, a small jail effective in keeping the queen safe.

Once the queen is positioned in the new hive, some bees started to send signals to help other bees find their way home, the video's voiceover said.

The Bee Whisperer also said via the voiceover; she left the hive overnight, and by the following day, the whole colony was in their new home, and it was one more great day of saving the bees.

Reason for Not Wearing Protecting Gear

In an Austin Chronicle article published online in 2020 after another video had gone viral, Thompson said, she suits up whenever needed, although a full beekeeper outfit in the Texas heat is burdensome.

In addition, as a bug lover, she said in the same article, she just loves holding bees. This, she shared, is what she should be doing on Earth, and when finding that purpose, she continued, there is a naturally relaxing effect.

Numerous rescue videos on the TikTok page of Thompson's Texas Beeworks have had millions of views. The Bee Whisperer hopes that her exhibition of how calmly hives can be transferred to a new hive will encourage people to get in touch with beekeepers instead of exterminators for any bee-related issues there may be.