Why Should You Read Outdoors? Scientific Research Reveals Some Reasons

If you're used to reading indoors, you should start bringing books, magazines, or newspapers outdoors as new scientific research reveals some benefits of doing so.

Before you discover the benefits of reading outdoors, this new study suggests some insight about contrast.

According to SciTechDaily, it "is a sensory property that makes stimuli stand out." Artists, including designers, musicians, and writers, are all using contrast to emphasize striking differences in "text, visual displays, and melodies."

Visually, luminance contrast describes dissimilarity in the intensity of light between a stimulus and the things around it.

ALSO READ: Antibiotics: Inefficacy, Need for New Types, and Solution To Such Resistance 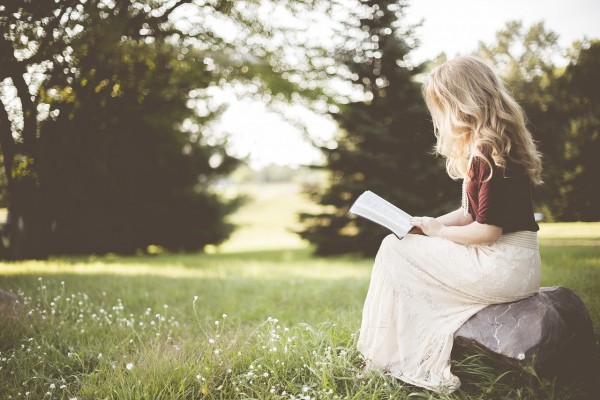 (Photo: Pixabay)
It has been scientifically proven that there is an increase in visual contrast outdoors. Thus, reading under bright light triggers the visual brain more effectively enables an individual to see letters better, and helps with the eyesight.

Luminance contrast makes a dark letter much easier to read than a gray text a white page contains. More so, visual research has functioned for decades under the supposition that luminance contrast does not change with light intensity.

Meaning, a dark letter on a white page contains is presumed to have a similar contrast outdoors, under the brightest light, compared to indoors, under the dimmest light.

In addition, such contrast constancy appeared evidently essential. How? This was not preserved through different light intensities; indoors, a black letter would turn out white when outdoors, reflecting much more light.

Researcher Hamed Rahimi-Nasrabadi, Ph.D. from the State University of New York College of Optometry, together with his collaborators, now demonstrate that this decades-old hypothesis is not correct and can lead to essential measurement errors that have general insinuations in basic research, as well as the eye clinic and the various disciplines that rely on accurate approximations of visual contrast.

For instance, it can result in inaccurate optical sensitivity measurements in eye illness, the interpretation of contrast in medical imaginings, or the spaces' architectural design for the visually impaired and the elderly.

Reliant on the Amount of Light

This new study exhibits that, like visual perception, contrast sensitivity is strongly reliant on the amount of light.

Having an increased amount of light switches the contrast sensitivity for both light and dark stimuli in opposite directions.

The contrasting shifts of light and dark contrast with light intensity can be demonstrated in the neurons of the "visual cortex, natural scenes, and seem to be well preserved through different mammal species.

Essentially, the new study findings can also be applied to improve present algorithms of image processing and the metrics of visual contrasts.

Furthermore, findings from the study conclude that one can now feel good when he decides to read his favorite book or magazine outdoors.

Having gathered this, anyone can already say that it has been scientifically proven that there is an increase in visual contrast outdoors. Thus, reading under bright light triggers the visual brain more effectively enables an individual to see letters better, and helps with the eyesight.

Findings in this study came out on February 2, 2021, in the journal Cell Reports.